Can you hear me now?

College is full of challenges. Most students struggle with money and classes, but nearly everyone on Northern Kentucky University’s campus struggles with getting cell phone reception.

Sometimes making arrangements for lunch with friends is a challenge when students cannot get enough bars to receive text messages or phone calls.
“When I get lunch, it’s really hard to contact my friends. I don’t get their messages where they are sitting,” freshman nursing major Grace Lepovsky said of the Student Union.

Tyler Rahschulte, a sophomore engineering major, said he has trouble getting a signal in Norse Commons and in the Game Room on the first floor of the Student Union. Rahschulte said he once had to use wireless Internet to reach his friends while in the building before.

Jill Liebisch, senior public relations major, sometimes only gets one or two bars on her cell phone in the Student Union.
“When I meet friends in the Student Union, I just have to make plans to meet at a certain time, because if there’s no telling, I cannot get a hold of them,” Liebisch said.

Liebisch also said she rarely receives a signal on her cell phone in Griffin Hall.
“I found that Griffin Hall is the hardest finding cell phone services, which is weird because it is supposed be a technologically advanced building,” Liebisch said.
Liebisch said her cell phone signal is really weak in classrooms and the hallways, but areas closer to the windows have better service.
W. Frank Steely Library is another unreliable location for reception.
“On the second floor of the library, I can’t get any texts and calls so I just go up to third floor to find service; it’s … annoying.”
Doug Wells, director of the office of information technology, said his office has been researching the lack of cell phone service on campus for a while.
Service problems are contributed to building location and composition, according to Wells.

“Those buildings are constructed with concrete, so cell phone reception does have trouble getting into the buildings,” Wells said.
Wells and the NKU Office of Information Technology have been doing a couple of things in an effort to solve this problem.

To combat the problem, Wells said they have picocells in several locations to extend coverage to indoor areas where outdoor signals do not reach well, but they only work with Cincinnati Bell service. Generally, picocells help supply more coverage to indoor areas that otherwise do not provide satisfactory service.
Wells also said they were working with another cell phone provider for better coverage, but the partnership fell through. He said NKU Information Technology staff members hope to have additional coverage installed over the summer.

According to Wells, they are now looking at a Distributed Antenna System, a network of spatially separated antenna nodes that provides wireless service within a geographic area or structure.

Wells said the distributed antenna system can help improve cell phone signal on campus. “We want to start installing them in the Griffin Hall and Student Union first. Because those are … large areas students sit and work, what we are going to do is to see if we get that and then make it work,” Wells said.
Wells said they are thinking of moving to a 4G hot spot which would take care of the issues; but unfortunately, no progress has been made as of yet.
“We are now working on it, and hopefully we are beginning this in the spring semester,” Wells said. 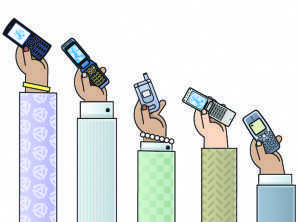