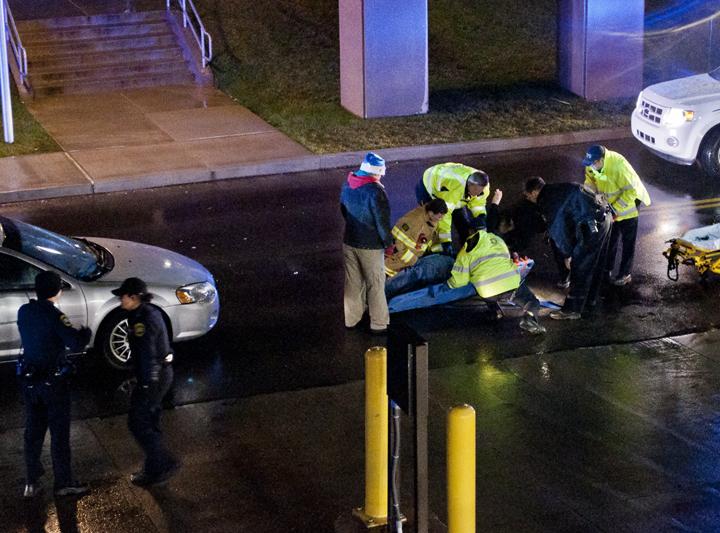 The male victim had raised his hand and was clearly coherent as police and paramedics prepared to move him to an ambulance.

A male pedestrian was hit at approximately 8:45 p.m. Nov. 29 on Kenton Drive between Griffin Hall and Kenton Garage.

At the scene shortly after the incident, the victim was seen moving his arms and legs, visibly coherent while paramedics aided in moving him into an ambulance.

The driver of the car was at the scene, and the car, a silver Chrysler sedan had visible damage to the windshield.

As of 9:40 p.m., the victim had been transported to St. Elizabeth Hospital in Fort Thomas.

The driver refused to comment and the University Police and Campbell County Fire Department have refused to release any further information at this time.

Check back for more information as reports are released. 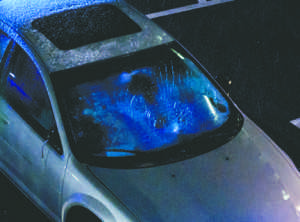