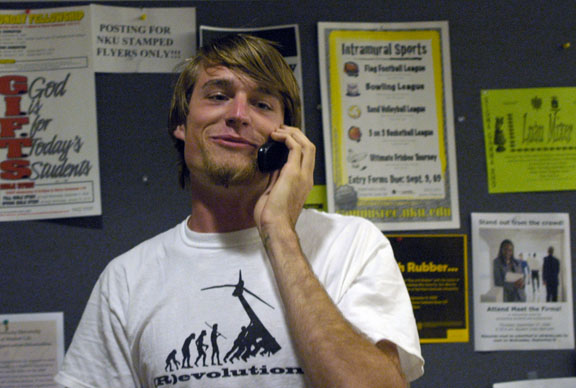 On April 21, 2009, Keith Kaseke and Dennis Chaney sat side by side, fighting accusations that the pair had cheated in their spring 2009 election bid for Student Government Association President and Vice President.

The charges were brought against Chaney at the SGA meeting on Nov. 23, where the SGA Senate voted 18-6 to impeach Chaney. The Articles of Impeachment, written by Kaseke, says Chaney was impeached for insubordination.

‘In his conduct while Executive Vice President or a member of the SGA, Dennis Chaney has violated his constitutional obligations, (Article IV, Section A 3 a) [and] shall carry out any reasonable actions as directed by the president and thus has discredited NKU SGA’s name through one or more of the actions listed below,’ according to The Articles of Impeachment obtained by The Northerner.

The key actions, according to the Articles, started in May 2009 and continued until November 2009. The actions range from being late to meetings to defamation of the President of SGA. The last act listed by the Articles sums up the document.

‘Dennis Chaney has continuously undermined those in authority and has acted as an individual whilst under the guise of the SGA,’ the Articles say.

The violation, Chaney said, occurred because he wasn’t notified with more than 24 hours notice of the impeachment. He also said that not all the Senators were notified of the impeachment hearing until right before the Nov. 23 meeting.

Although Chaney has been impeached, the Judicial Council hasn’t decided on whether or not to remove Chaney from office. The decision, according to SGA President Kaseke, will be announced Dec. 7 by the SGA Judicial Council.

‘We need to move forward and put this behind us,’ Kaseke says. ‘The Judicial Council is going to make a ruling tomorrow. We’re looking forward to that.’ ‘