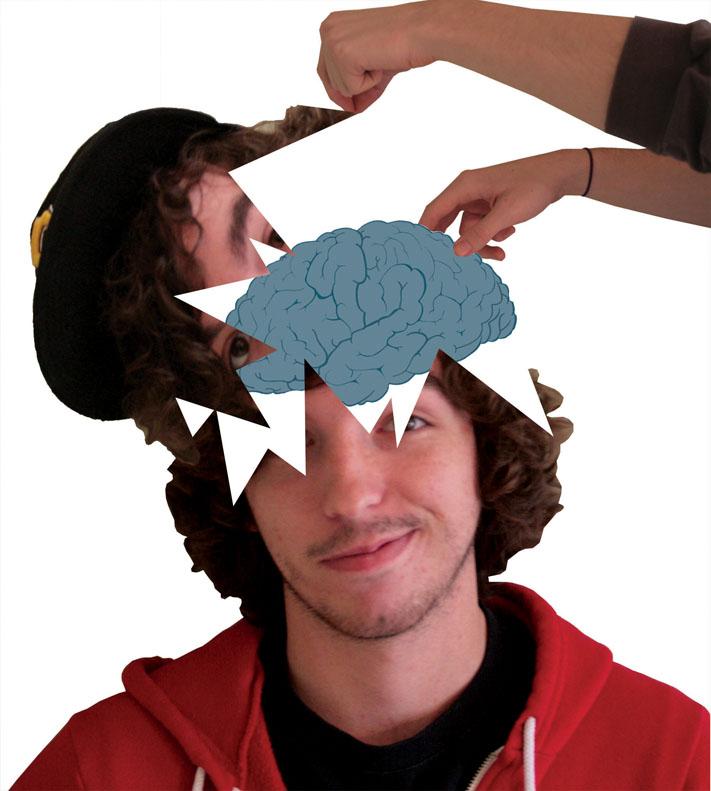 With a few swift motions, the new Northern Kentucky University Intellectual Property Policy was passed at last Wednesday’s Board of Regents (BOR) meeting.

The passing has some students concerned.

‘While I understand the predicament the University was in regarding the accreditation with SACS (Southern Association of Colleges and Schools), it is somewhat concerning that an IP policy is disrespectful to student rights,’ said NKU sophomore George Johnson, who spoke in front of the Board.

Keith Kaseke, Student Government Association President, and student regent to the BOR, abstained his vote from the policy.

‘I abstained from voting yes on that IP Policy, because I feel it’s important the students’ voice is heard,’ Kaseke said. ‘And the students spoke out and said they want to have the university include a phrase that says that they will be notified when intellectual property is used by the University for whatever purpose it might be.’ ‘

Most universities have IP policies in place. What an IP policy does is ensure that if a student, staff member or faculty member produces a body of work that they will receive recognition for doing so and permission will be asked before a piece of work is used. A body of work can be a poem, a picture or a drawing, just to name a few.

The problem with the policy arises because nowhere in the policy does it state that the University has to ask permission to use student work, according to concern raised by SGA Vice President Dennis Chaney at the Nov. 9 SGA meeting.

The area in the policy that Chaney pointed out specifically says, ‘Where Intellectual Property arising out of the student’s own original work and participation in programs of study at the University is retained by the student, including copyright in theses or dissertations, the student shall grant to the University or its designee a royalty-free perpetual non-exclusive license and consent to reproduce, use and publicly distribute the Intellectual Property for the following limited purposes of the University: (1) institutional promotion and marketing, (2) education and instructional use, and (3) entries into appropriate competitions.’

This means that the University doesn’t have to ask permission to use student work and by being a student you are giving the University exclusive rights to use your work.

According to Votruba, one board member came forward to him, who was a lawyer and said there might be a basis for concern.

‘And if there is we’ll just clean it up,’ Votruba said. ‘

The problem with Accreditation At the Nov. 11 BOR meeting Votruba said that the board needed to pass the new IP Policy to ensure reaccreditation by SACS. In the spring 2009 semester, a SACS visiting committee visited Northern Kentucky University and found its IP policy to be non-compliant.

‘Our SACS site visit last spring indentified areas where we need to make improvements,’ Votruba said. ‘My understanding from Gail (Provost Gail Wells) was that the changes that were made in the IP Policy were in response to SACS.’

The SACS committee comments said: ‘Despite the existence of an Intellectual Property Policy, the institution lacks clear ownership and compensation guidelines addressing materials created by faculty, staff and students.’

In a University response to the comments it said the previous policy left ownership rights and compensation up to negotiation and a new policy was being worked on to ‘include staff, students and others who use the resources of the university under the category of originators.’

University administration were forced to ensure that the new IP Policy was passed Nov. 11 due to the looming SACS final report in December – despite several students coming forward with complaints at the last minute. ‘

Comparing other Universities Most public universities have IP Policies to ensure students and staff are protected when they create something – most, however, seek permission of the creator.

WKU’s policy further elaborates that it’s in the best interest of the ‘University, the general public, and the creator to enter into commercialization arrangements with entities wholly or partially owned or controlled by the faculty, staff, or students who originated the property.’ Western’s policy ensures that students, faculty and staff have rights when it comes to their brainchildren specifically if the University will be using student work for commercialization, or ‘marketing’ as it’s labeled in NKU’s Policy.

In January 2009, the Intellectual Property Rights Committee was created. The goal of the group, according to documentation obtained from the NKU, was to ‘clarify issues and update policies.’

Despite having a committee to help ‘clarify issues,’ the process involved in making a change could take months, because the changes will have to be approved by SGA, Faculty Senate and, finally, the Board of Regents.

‘If we make a change, if the committee recommends a change, then it has to go back to SGA, back to Faculty Senate,’ Votruba said.

George Johnson, the student who spoke at the BOR meeting, said he felt the University was open to making changes to the policy.

‘They did sound very open to revising the policy,’ Johnson said of the administration. ‘Hopefully, an amendment can be drafted and ratified quickly.’

Votruba insists that if the IP Policy had been pulled from the Nov. 11 BOR meeting, the time it would have taken to change the policy and then bring it back would take just as long as passing it, and then making an amendment later. ‘

In response to the passing of the policy, SGA looks to form an ad hoc student committee, which is a subset of SGA – ad hoc means that students who aren’t SGA members can join the committee.

The goal of the group, according to committee member Laura Barrett and the groups, is to ‘efficiently, and comprehensively review and revise the current IP Policy to protect the individual student rights.’

‘We really want the policy to be the strongest and most practical document it can possible be, which it is clearly not right now,’ she said.