Walking through an obstacle course 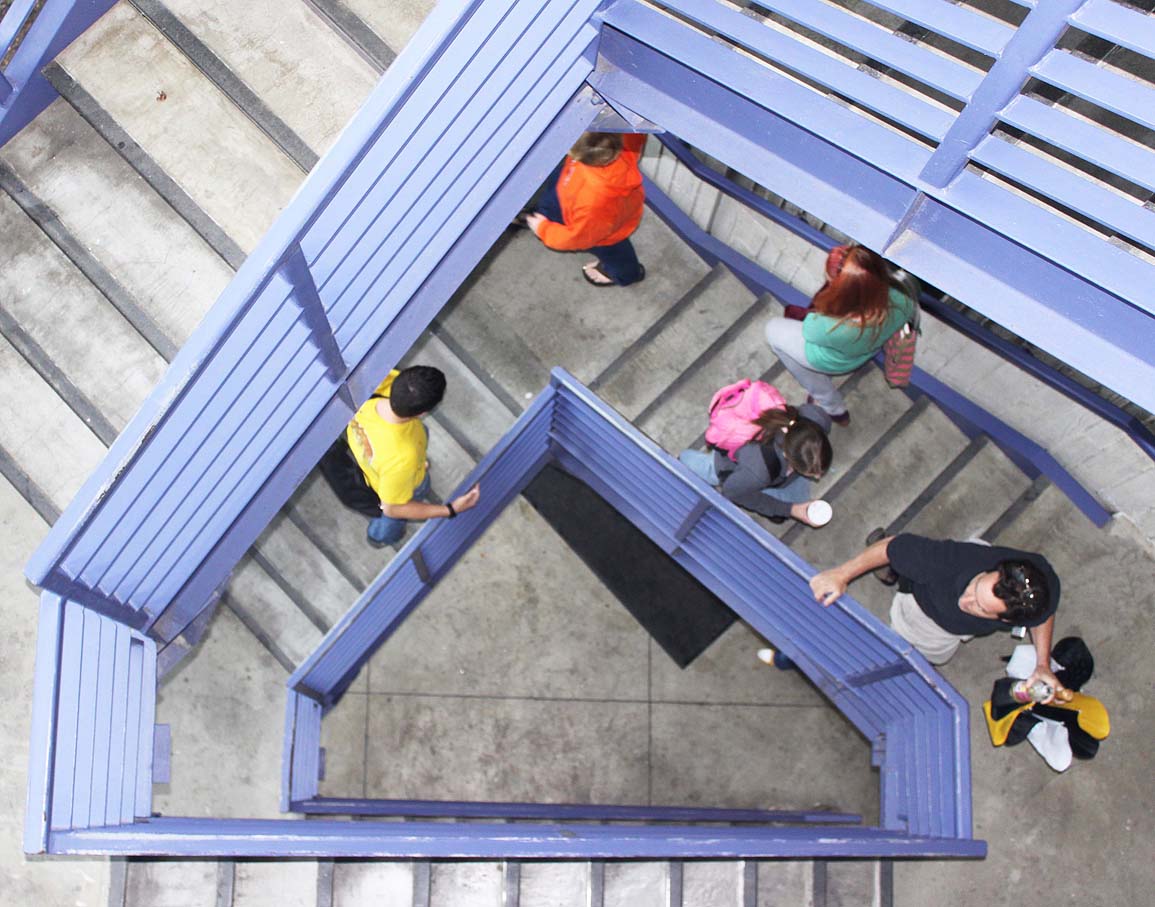 Most students deal with foot traffic, finding a place to park and getting to class on time during their day.’ Imagine having to do this if you travelled around campus in a wheelchair, or were blind.’ Even though NKU has several handicapped ramps, at least one entrance on each building with an automatic door opener button, and at least two elevators in every building, some students with disabilities still face challenges getting around campus. Senior Annie Donnellon, who is blind, experiences compounded difficulty with these student concerns, one being construction on campus. ‘They have put scaffolding by Founder’s Hall, and I have been very close to hitting my head,’ Donnellon said.

There is also only one location on campus that has a computer with the Job Access With Speech (JAWS) screen reader, which Donnellon uses on a regular basis.

‘While I do have a laptop, any other blind student may not and it is only fair that more locations contain this program,’ Donnellon said. Parking is an issue all students face, but handicapped parking spots are in limited quantities.’ If there is no place to park in those spaces with close proximity to a building, students can be late to class.’ Senior Alice Frickman, who travels around campus in a wheelchair, noticed that there could be a few more handicapped parking spots near certain places.

‘NKU could add more handicapped parking on campus especially closer to AST and the library,’ she said.

‘ However, most of her difficulties maneuvering around campus come due to the weather conditions.’ Overall Frickman is pleased with accessibility on campus.’

‘I think NKU is amazing when it comes to accessibility and it was actually one of the reasons I chose to come to here,’ she said.

NKU follows guidelines set by the Americans with Disabilities Act (ADA) according to Charles Pettit, superintendent of Building Services.’

‘The ADA gives us guidelines as to what minimally has to exist to make buildings handicap accessible.’ NKU obviously meets those standards and usually goes beyond those,’ he said.

With the growth of the campus and construction of new buildings, there are always improvements that can be made to assist students.’

‘I have been at NKU for 31 years.’ In those years I have continued to see progress as to making all areas accessible.’ With the last building that was built and the upcoming one we have had an opportunity to weigh in on issues concerning accessibility,’ Pettit said.