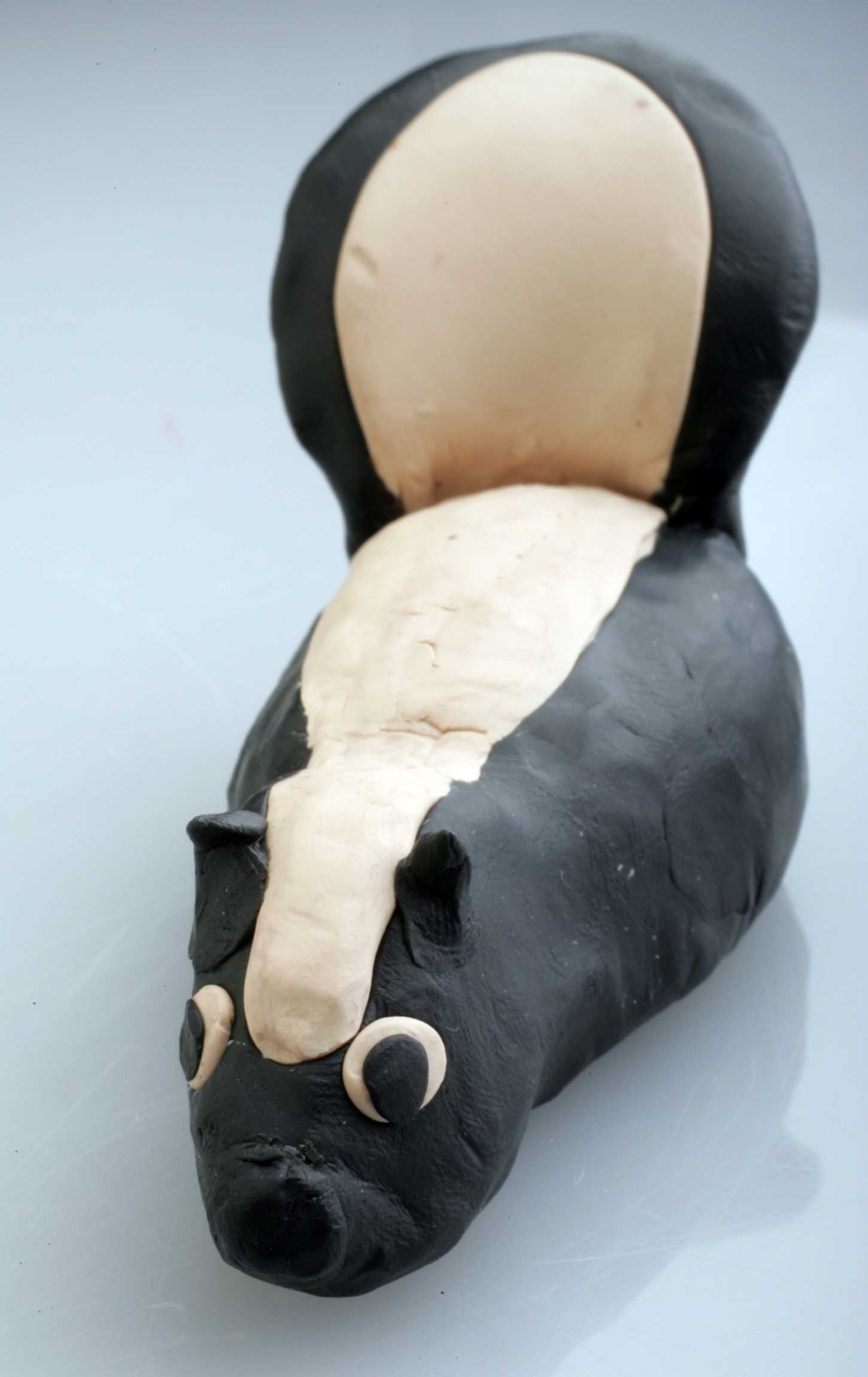 What is black and white and roaming campus?

It is the invasion of the skunks. Mephitis mephitis, the striped skunk, has been spotted all over Northern Kentucky University’s campus.’ NKU Freshman Emily Shwaeble spotted two scurrying across the street by University Suites. Sophomore Rachael May found one waiting for her by her truck. Head baseball coach Todd Asalon trapped eight at the Bill Aker Baseball complex.

Whether you have seen them or not, hearing about the sightings might be a little unnerving.

Freshman Molly Gross has not seen any herself, but she says she does not want to. ‘If they only come out at night, good for them,’ Gross said. ‘I think I’d be pretty nervous to move an inch if I saw one ten feet away from me.’

When May met the skunk at her truck she had to stop and think.

‘I wasn’t really sure what to do. I just knew I didn’t want to be sprayed,’ May said. A lot of students would probably find themselves in similar positions. No one wants to be sprayed by a skunk.

‘If you were to approach them and harass them then they would feel threatened and they would spray,’ Durtsche said. He also said that aggressive behavior depends on the species of skunk; some are very aggressive but others, like the striped skunk, are very docile.

‘Skunks are brazen,’ Asalon said. ‘They come out right around dusk, right before dark, and they don’t care if people are out there or not.’

But where are they all coming from?

Durtsche said that the baby skunks from an early summer offspring are just looking for a new place to live.

‘You’ve got the latest of the offspring that are becoming more full grown and they are out searching for new places to live, because they can’t occupy the same area where the parents live,’ Durtsche said.’ ‘There just aren’t enough resources to keep them there.’ Asalon thinks there is a deeper reason.

‘Every time we build a building we take down trees and they have no where to go. Then they get so comfortable with us they live under these sheds, they live under the dugouts, wherever they can get their little bodies in,’ Asalon said. ‘They move right in and nest and have babies and then it’s just a problem.’

Both Asalon and Durtsche agree on one fact: if NKU continues to be a good source of food and shelter, the skunks are here to stay.

‘Whether it’s a hollow log or it’s under the dugout, as long as it provides some safety and close proximity to a food source then they’ll probably try to make use of it,’ Durtsche said. The skunks are not just making a home for themselves. They are getting into a little mischief and causing a little trouble. Skunks like to eat grubs which are little larval insects. Grubs can be found underground, like down in the dirt on a baseball field.

‘They [the skunks] get in there with their claws and they peel the turf right back, dig down in the dirt and dig big holes,’ Asalon said.’ ‘Then they get their grubs and they move on.’ They’ve moved on from the infield and now they’re attacking the outfield.’

So far they have not caused too many problems with students, but the ones that are being trapped are sometimes being released on campus.

Bill Moulton, who is partly in charge of dealing with the skunks, said they are not being released anywhere by the dorms.

‘We take them at least a mile away from campus civilization,’ Moulton said. He also said that even though they take them as far away as possible, the skunks could probably easily find their way back.

If you come across a skunk, Durtsche says you should stay away from them. ‘I would avoid them because you never know when they are going to feel threatened,’ Durtsche said. ‘Give them their breath.’ ‘