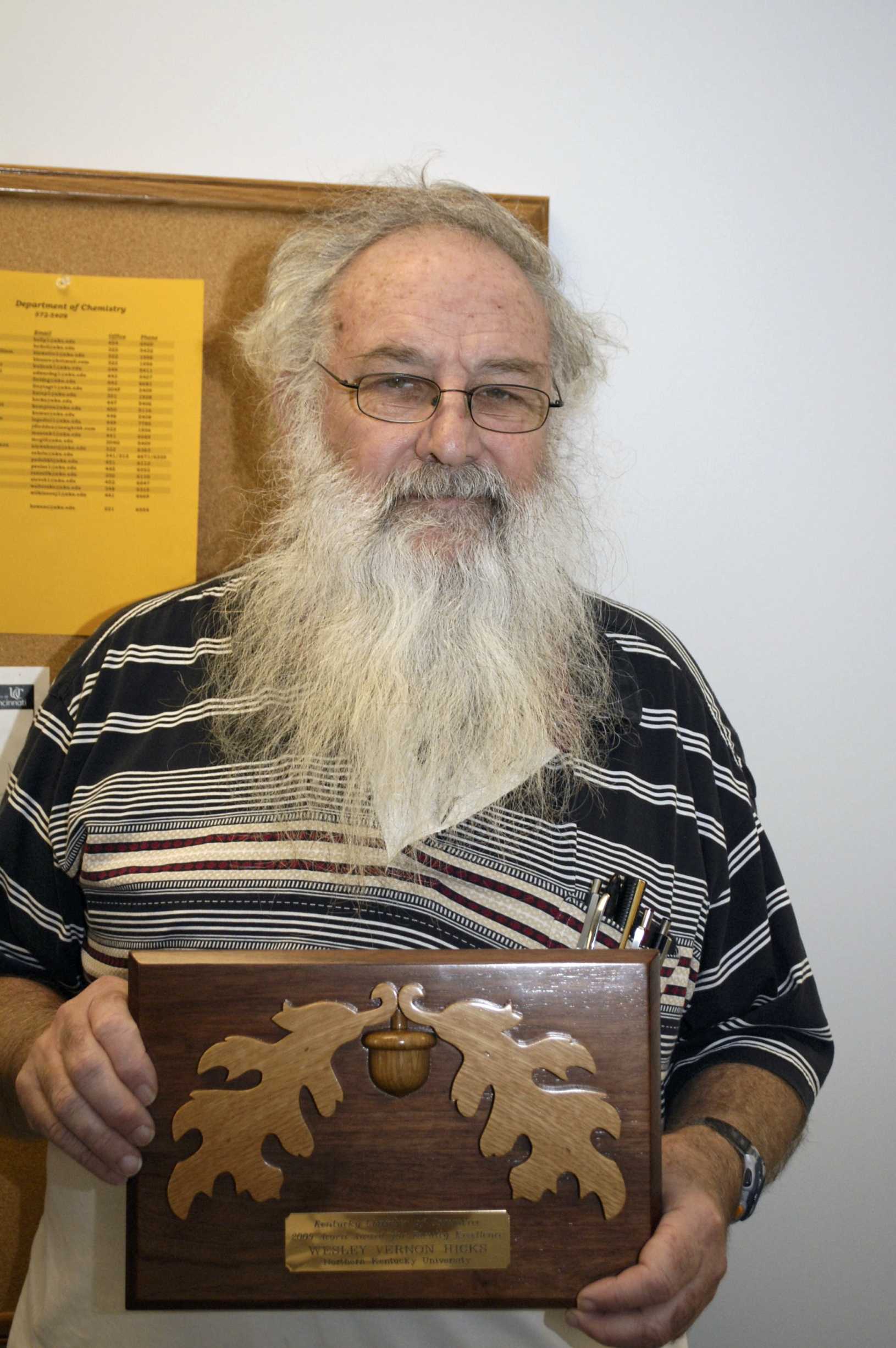 Drinking coffee and running his hands down his long grey beard, Northern Kentucky University’s Dr. Vernon Hicks, is still in awe over his recent award from the Kentucky Chamber of Commerce. He was amazed to even hear he had been nominated.

‘I didn’t think I really had a chance,’ Hicks said. He went on to say how proud he was to have so much support from not only his department, but the school as well.

The award? The Kentucky Chamber of Commerce Acorn Award, which is given annually to two professors, one from a four-year institution and the other from a two-year institution. The award covers both public and private colleges.

Over the course of his 37-year tenure at NKU, he has been blessed with many awards, including the Outstanding Teacher award at NKU, Outstanding Chemist in 2007, the Art and Science Spark Award and the KSTA college teacher of the year.

‘Dr. Hicks and Dr. Ploeg (the other award recipient) have shown exemplary teaching skills both inside, and outside the classroom,’ said Dave Adkisson the Kentucky Chamber of Commerce CEO.

Dr. Hicks’ classroom consists of some lecture, and a lot of hands on. ‘You learn by taking courses, but you really learn by doing science,’ Hicks said.

Outside of the classroom, Hicks is the President of the Kentucky Science Teachers Association. This program holds a conference every year bringing in science teachers – mainly K-12 – with some college professors. He also visits various school systems, conducts teaching workshops and takes on a role in the’ NKy Chemistry Alliance.

But despite all the success, the bearded professor is working on his phasing-out plan, which could take up to two years to be complete.

The plan is simple – you sign an agreement and you are eventually phased out. This is more like a transition for professors to slowly work their way into retirement, and bring a new professor in.

Hicks is teaching his last class this semester and will officially retire in May at the end of the academic year but will continue to do his work with his outreach program, and will be the president of KSTA for one more year.