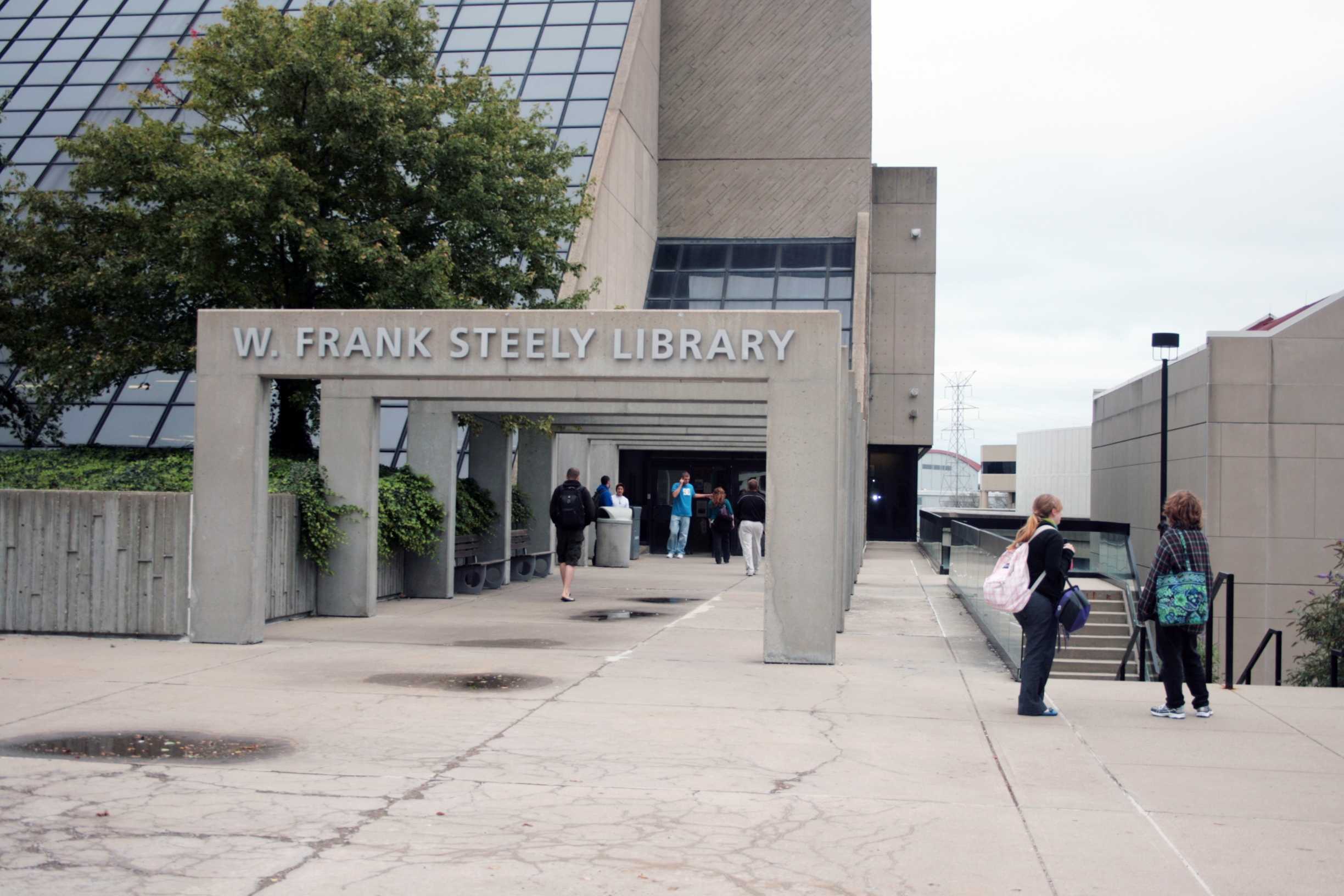 With the stink Northern Kentucky University students raise about their General Education Requirements (GER), you could knock a buzzard off a shit wagon.

‘They suck. They’re a waste of time, and especially when you could be studying for your major,’ Oscar Ochieng, an Accounting major, said. ‘Then it ends up that you can’t graduate and you have to waste another semester on Gen. Eds.’

As of Fall 2009, NKU students could spend up to two years of the (alleged) four years it takes to get a bachelor’s degree at NKU soley collecting their GER hours. This is true if a student does not fail or drop out of a course – only adding more time dedicated to their GERs.

‘I took a lot of classes that aren’t necessarily beneficial or useful when it came to earning my degree,’ Brandi Cromer, Education major at NKU, said.

The Reform Committee, composed of faculty members responsible for General Education reform, is proposing to the Faculty Senate for a reduction in NKU GER hours to drop from 46 to 37 hours. This would mean that future NKU students would only have to spend a little over two semesters working on their GERs. This proposal is coming up for vote in the University Curriculum Committee this October.

By reducing the number of GERs, NKU would make transferring credits (to and from the University) easier for students.

‘This reduction follows what other universities have, and it follows the areas that are in the Kentucky Transfer Module,’ Dr. Alar Lipping, president of Faculty Senate, said. ‘We found that 37 GER hours seemed to meet all of those areas,”

One reason the Reform Committee looks to reduce the credit hours is so that students can complete their degrees sooner.

‘One of the goals of the reduction is being able to help students complete their degrees in a timely fashion,’ Dr. Tonya Krouse, member of the Reform Committee, said. Krouse is responsible for presenting the official proposal to the University Curriculum Committee.

‘Another thing that I think the reduction in GREs will help with is making it more transparent to students why they are taking these particular courses. The way the program is now, students think, ‘oh, I’m taking this class because they say I have to take it,” Krouse said

One of the benefits of this new structure is that students who previously didn’t have the opportunity to explore other courses will now be able to do so.

If the proposal is passed, current students can change their catalog so they only have to take 37 hours of GERs.’ Students will be notified, if the new GER structure passes, the procedures for changing their catalog. ‘

‘There are some students now who have virtually no opportunity to take a class because it interests them,’ Krouse said. ‘I know Nursing and Computer Science’ majors have a large amount of requirements for their degrees. Those students will have more elective hours in that 120 hours it takes to get a bachelor’s degree.’

Under the proposed GER structure, students will still have to take a math course, a global view points course, an oral communication course, two writing courses and two natural science courses. Two courses in a new category called Culture and Creativity, and, lastly, three courses in social and behavioral sciences will be mandatory requirements as well.