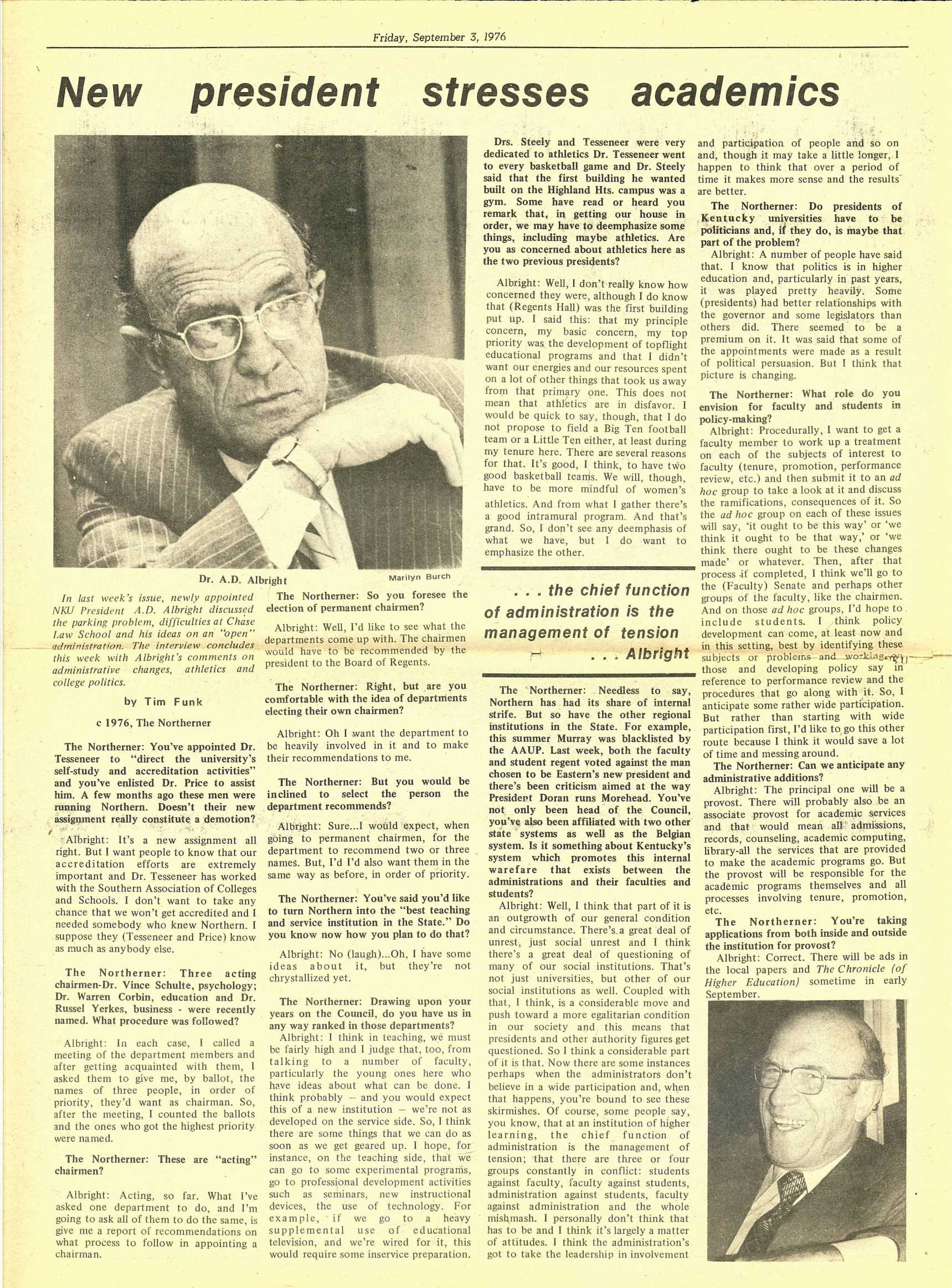 The Northerner: Can we anticipate any administrative additions? Albright: The principal one will be a provost. There will probably also be an associate provost for academic services and that would mean all admissions, records, counseling, academic computing, library-all services that are provided to make the academic programs go. But the provost will be responsible for the academic programs themselves and all processes involving tenure, promotion, etc. The Northerner: You’re taking applications from both inside and outside the institution for provost? Albright: Correct. The
re will be ads in the local papers and The Chronicle (of Higher Education) sometime in early September. ‘