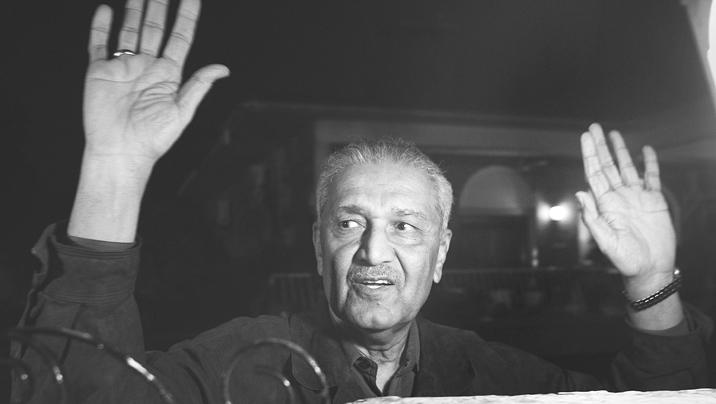 Abdul Qadeer Khan, the most infamous nuclear outlaw in the last 50 years, is a free man. Last week, a Pakistani court freed Khan from house arrest, lifting the restrictions imposed on him since 2004, when he publicly confessed to running a black market nuclear network. Because of Khan, Iran is on the brink of going nuclear. Because of Khan, Libya almost followed suit. Because of Khan, advanced nuclear weapons designs may have long ago been sold off to some of the most treacherous regimes in the world, putting them years closer to developing a usable nuclear weapon. So what to do now that Khan has skated? U.S. authorities have never been allowed to directly question him. Pakistan has protected his secrets, insisting that they’ve fully interrogated him and passed along relevant answers. But revelations last summer cast serious doubts on that assertion. The release of Khan looks to be a blatant political move to shore up support for the government of President Asif Ali Zardari. It’s also a dangerous move, because Khan and what’s left of his network are still a serious proliferation threat. It’s not clear how much the Pakistani government is still monitoring Khan’s movements. Or whether officials there have extracted any assurances that Khan won’t return to his former line of work. Here’s a thought. Khan has been cooped up at home since 2004, when he confessed to his crimes and then was pardoned by Pakistan’s former president, Pervez Musharraf. Before then, Khan was a world traveler, hawking nuclear know-how to anyone with cash. He was presented with a villa on the Caspian Sea, for ‘services rendered,’ according to an Iranian diplomat quoted in ‘The Nuclear Jihadist,’ a 2007 book that recounted Khan’s shadowy dealings. We imagine Khan would like to see more of the world. So here’s our suggestion: Invite him to the United States for an all-expenses-paid vacation. Book him at the finest hotels’ ‘ and’ make reservations at prime restaurants. And while he’s here, maybe he’d be so kind as to visit the International Atomic Energy Agency office and clear up some questions that have festered for years now. Among them: What bomb designs did you sell and to whom? How was your network assembled? Most important: What parts of the nuclear bazaar are still out there, eluding the detection of international authorities? If Iran gets the bomb, if an American city ever suffers a nuclear attack by terrorists, the chances are good that A.Q. Khan will bear a large share of the responsibility. It’s time for international and American authorities to meet him face to face. Think of it as an extraordinarily gentle rendition.