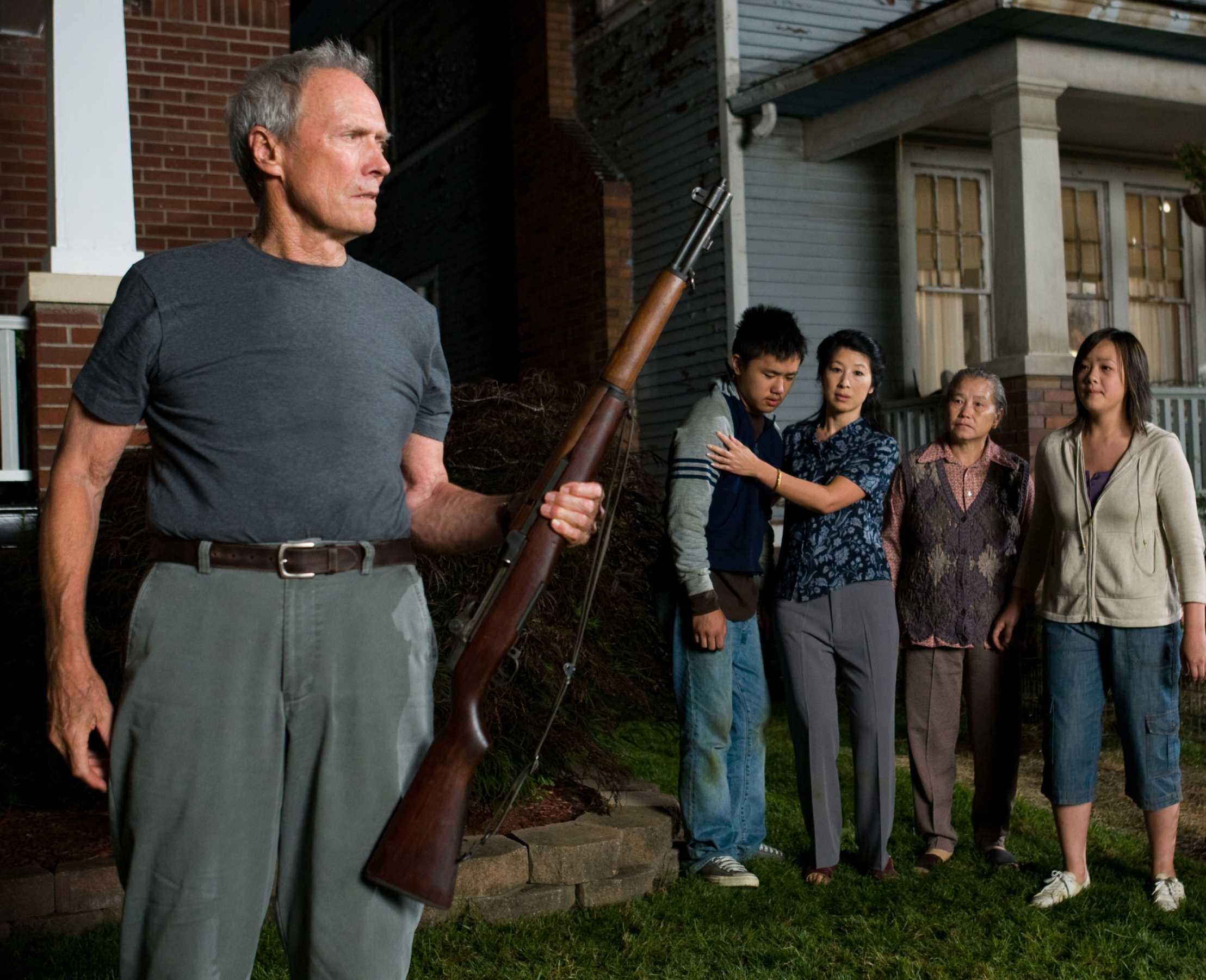 ‘Paint Your Gran Torino’ By Tim Owens ‘ Clint Eastwood must be feeling nostalgic. ‘ For several years, he’s delivered a sleuth of original and refreshing films. Suddenly and quite unceremoniously, that streak has ended. ‘Gran Torino’ is a call back to Eastwood’s ‘Dirty Harry’ days – playing a much older version of the iconic magnum-wheeling vigilante cop. ‘ Walt Kowalski (Eastwood) is a grizzled, retired war vet with a penchant for drinking, smoking, and pissing off virtually everyone in his life. But his armor slowly deteriorates when he takes interest in his newest neighbors and their never-ending struggle with a detached relative’s street gang. When the struggle escalates, Kowalski decides to take matters into his own hands. ‘ ‘Gran Torino’ works well as an action vehicle can. Age be damned, because Eastwood can still kick some major butt. The old timer swings his fists with vicious tenacity — all the while delivering his best performance since ‘Unforgiven.” However, the same cannot be said for any of his counterparts — who collectively turn in some of the worst performances ever. In between the punches is where the film squanders its potential. Eastwood has gravitated towards more heavy-handed dramas these past few years ‘- and you can see that influence in ‘Gran Torino’. It feels more like a parody of his vigilante cop films than a last ‘hurrah’ for his stake in the genre. It does for ‘Dirty Harry’ what ‘Paint Your Wagon’ did for his legendary western films like ‘The Good, the Bad, and the Ugly.’ There are Eastwood elements at play in ‘Gran Torino’ that have festered in his work for the last several years. But Eastwood tries to marry those elements with those of his older films ‘- and it never fully works. Grade: C