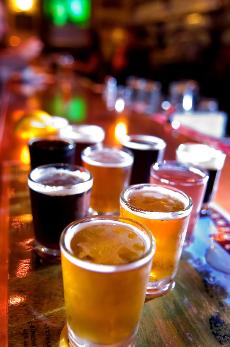 With a new president soon to be ushered into office, many issues need to be addressed such as the war, our economy and health care.

However, one issue might hit closer to home for college students; the National Minimum Drinking Age Act of 1984, which will be up for reauthorization in 2009.

This summer John McCardell, President Emeritus of Middlebury College and founder of the Choose Responsibility organization, started the Amethyst Initiative which is a group of 130 college and university presidents who want to promote the debate on the drinking age and feel that the age of 21 is not working and has led to a culture of binge drinking on campuses across the country.

“Alcohol use and abuse is a national issue that virtually all colleges and universities face,” said Northern Kentucky University President James Votruba.

“Regardless of educational programs and institutional strategy, the problem of binge drinking has been largely unchanged over the past 20 years. The most effective interventions appear to be well-written campus polices that are consistently enforced in addition to education regarding alcohol use and abuse.”

To be clear, the national drinking age of 21 is not what is up for reauthorization in the coming year. Instead it is the “incentive” plan in the Federal Aid Highway Act that led states to determine their own legal drinking age.

The National Minimum Drinking Age Act of 1984 says that any state who had a drinking age lower than 21 would receive 10 percent less money for road and highway maintenance. If this clause does not get reauthorization, then states would be free to choose for themselves what they feel is the minimum legal drinking age without governmental budget pressuring.

Votruba said that he doesn’t see the logic in lowering the drinking age.

He added that while he attended New York University in the 1980s, they took a shot at lowering the drinking age to 18.

However, the number of traffic fatalities soon skyrocketed. It only went back down when the drinking age went back to 21.

The Amethyst Initiative, named after the purple gemstone which was widely believed in Ancient Greece to be an antidote to the negative affects of alcohol intoxication, is receiving mixed support in the tri-state area.

“I welcome all discussions about how to decrease abuse of alcohol by college students. The Amethyst Initiative deceptively calls for open conversation while asserting that the age limit is the problem,” said David C. Hodge, president of Miami University.

“Whether you drink at 18, 21, 35 or 50, I think it is important that, as institutions of higher learning, we provide our students and members of the communities in which we live the facts people need to make intelligent, thoughtful decisions about personal alcohol use. I have no plans to sign the Initiative, but I think it is always healthy for these issues to be discussed – that’s what colleges and universities do – they encourage open and honest debate about a wide range of issues,” said Lee T. Todd Jr., president of University of Kentucky.

Between the three states, the only college to sign onto the initiative is Ohio State University.

The institution said the drinking age limits are not a cure all and every possible solution should be discussed.

“President Gee has joined other university presidents to call for an open discussion and debate on alcohol-related issues on- and off-campus. He strongly believes that a comprehensive review of public policy related to responsible drinking is needed,” said Jim Lynch, director of media relations for Ohio State University.

“All aspects of our current approach should be thoroughly examined, analyzed and debated,” he added.

Lynch said that the review should include students, parents, law enforcement officials, health care professionals, educators, counselors, researchers and those involved with alcohol legislation and treatment.

The general consensus is it should be up for debate.

However, if the “incentive” plan is not reauthorized next year, then it will fall upon the states to decide what is the necessary minimum legal drinking age.

“America has a number of important social issues that receive critical debate by the public and its leaders. While an important topic of debate, the minimum drinking age law hasn’t received this much public attention in a number of years,” Votruba said.

He added that attention to the concern of alcohol consumption and the abuse of it is an important issue that needs further research and discussion.

Votruba noted that he believes that the majority of NKU students tend to be more responsible as compared to other universities.

Overall, Votruba said that even though he is not in favor, he is open to hear the other side if they present some “compelling data.”