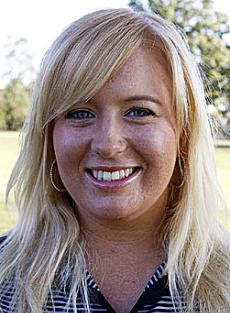 Who hasn’t fantasized about being a professional athlete: batting in the ninth inning, tied score, with the go-ahead run at third? Who hasn’t witnessed the debacle of the Cincinnati Bengals and thought, “You know what, I think I can do better.”

While winning a dead-locked game is out of reach for most students, trying out for and walking-on a team at Northern Kentucky University, isn’t.

Every fall, many of NKUs athletic teams – including golf, cross country, baseball and basketball – hold open tryouts for walk-on hopefuls.

Todd Asalon, coach of NKU’s baseball team, said there are two types of walk ons: preferred and non-preferred. If preferred a walk on is guaranteed a spot on the roster, but receives no scholarship. A non-preferred walk-on goes through the tryout process and makes the team.

Some teams, such as golf and cross country, are reliant upon non-preferred walk ons. Other teams, such as baseball and basketball, consist mostly of recruited players with just a few spots for walk ons.

According to Steve Kruse, coach of the cross country team, 60-70 percent of the team consists of walk ons. Kruse acknowledged the team relies heavily on walk-on athletes, though he adds the Norse “are not craving for just anybody who walks through the door,” Kruse said.

One former runner, Tracy Carskadon, surprised Kruse. Carskadon, 19, who never ran a step in her life, walked onto the team in 2004 just to be closer to her Cross Country team boyfriend.

Carskadon wasn’t the typical walk-on, Kruse said, not by a long shot. She had an insatiable work ethic and unrelenting drive to rise to any occasion.

“Tracy [Carskadon] broke all of the school records in her four years here,” Kruse says. “She went on to place fifth in the Great Lakes Valley Conference and 11th in the regional conference – just missing the national meet by seconds.”

This from a student whose closest contact with sport, had been the marching band.

“Regardless of the amount of recruited players we have … the walk-ons are the heart and soul of the team,” Kruse said.

Daryl Landrum, coach of the golf team, has three walk-ons, and insists there is usually a huge difference between the polished abilities of the recruited player versus the unchallenged abilities of walk-ons.

However, Anne-Sofie Rasmussen, a senior communications studies major, is an exception to Landrum’s rule.

Rasmussen walked onto the team, which originally she didn’t know existed. Though she simply hoped to survive a semester away from her home country of Denmark, Ramussen decided to lug her golf clubs across the ocean.

In Spring 2007, she tried out for Landrum’s team and made it. She now plays within the top five in the program.

Students interested in trying out can go to www.nku.edu/~athletics/Prospective/form.html.