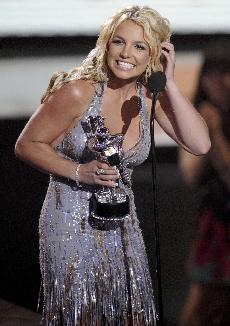 NEW YORK (AP) – The mother of Britney Spears says that the singer has overcome the tabloid nightmares of the past few years and believes that little by little, her daughter is regaining her “glorious voice.”

Lynne Spears writes of her famous child and her other celebrity daughter, Jamie Lynn, in “Through the Storm,” to be published Sept. 16 by Thomas Nelson, a leading Christian publisher. The Associated Press obtained an early copy.

The 211-page book, which includes several pages of family photographs, tracks Britney Spears’ life through her precocious early years – she was singing and dancing by the time she was 3 – through her explosive rise to her pill-addicted, near-tragic fall.

Lynne Spears describes young Britney as a confident, outgoing girl whose talents were so obvious that family friends would insist she would one day be on Broadway. Spears rejects the image that she pushed Britney into show business, and writes that the singer was always focused on achievement and would constantly practice to the music of Madonna, Whitney Houston and others.

In “Through the Storm,” Lynne Spears presents herself as a loving, selfless (she gave up her job as a school teacher for her daughter’s sake) but increasingly powerless parent. After the jolting, but pleasant surprise of Britney Spears’ debut smash, “… Baby One More Time,” Lynne Spears says she felt she was losing control when a 1999 Rolling Stone magazine story featured a racy cover of the singer in panties and a bra.

Lynne Spears recalls feeling “shock and dismay” at seeing her daughter shave her head, at her brief marriages to childhood friend Jason Alexander and dancer-rapper Kevin Federline, and her highly publicized custody battles over her two children. She also recalls feeling she had been “punched in the stomach” when she learned that Jamie Lynn Spears was pregnant at age 16.

She praises Federline as a “caring daddy” and says Britney Spears is “an amazing mother,” but only when at her best. Lynne Spears also writes warmly of her daughter’s former boyfriend, Justin Timberlake, but says the willful nature of the young couple helped break them up.

The bottom came in the past two years with Britney Spears’ increasingly disturbing public behavior and her drugged private life in her Malibu, Calif., house. Lynne Spears writes that she was distraught as then-manager Sam Lutfi told her he was grinding pills and putting them in Britney’s food, hoping to induce a coma that would enable doctors to cure her of all addictions.

Britney Spears was hospitalized twice this year, the second time in February, when paramedics took her to the psychiatric ward of the UCLA Medical Center, where her mother says she finally received the care she needed.

It was, Lynne Spears writes, a “turning point” for the entire family.

On Sunday night, Britney Spears had clearly recovered from last year’s fiasco at the MTV Video Music Awards, when she bumbled her way through a performance of “Gimme More.” This time, Spears nabbed three VMAs, including video of the year.

“Wow, thank you, I’m in shock right now. I was not expecting this,” Spears, looking spectacular in a shimmering silver dress, said as she accepted her third trophy of the evening for “Piece of Me.”

Mother and daughter are close again, Lynne Spears writes, and Britney remains a “brave little girl who sang to the skies” so long ago.