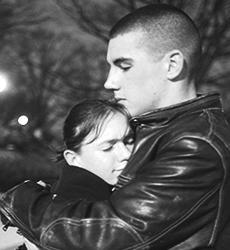 Hundreds of colleges across the nation have purchased a training program that teaches professors and students not to take campus threats lying down but to fight back with any “improvised weapon,” from a backpack to a laptop computer.

The program – which includes a video showing a gunman opening fire in a packed classroom – urges them to be ready to respond to a shooter by taking advantage of the inherent strength in numbers.

It reflects a new response at colleges and universities where grisly memories of the campus shootings at Virginia Tech and Northern Illinois University are still fresh.

“Look at your environment through the lens of survival,” said Domenick Brouillette, who administered the course at Metropolitan Community College, which serves more than 20,000 students. “Survivors prepare themselves both mentally and emotionally to do what it takes. It might involve life-threatening risk. You may do something you never thought you were capable of doing.”

Nearly 300 professors at Metropolitan Community College were shown the video as part of a training exercise before the first day of classes on this downtown campus. The training, produced by the Center for Personal Protection and Safety, a for-profit firm based in Spokane, Wash., is also available for the school’s students.

The training drills teachers and students in a “survival mindset,” said Randy Spivey, a former U.S. Department of Defense hostage negotiator who is executive director of the center. The center’s roster includes retired FBI agents and others with federal law enforcement experience.

“There are two extremes. On the one hand is paranoia, and on the other is oblivion,” he said. “We’re just trying to get people to keep this on their radar.”

Instead, Metropolitan Community College faculty members were taught to be aware of their surroundings and to think of common classroom objects – such as laptops and backpacks – as “improvised weapons.”

The program has been bought by nearly 500 colleges, which tailor the company’s safety messages – laid out in instructional videos and other training guides – to craft localized violence prevention programs. Spivey expects that by year’s end that number will have grown to about 1,000 schools.

Schools may provide the training to students as well as staff, as at Metropolitan, or limit it to instructors or security personnel.

Campus safety experts interviewed by The Associated Press said they are not aware of any similar survival training courses marketed specifically to college campuses.

“It’s a dark subject,” Brouillette said. “But we can’t say ‘It’s never going to happen again.’ It’s ‘When is it going to happen?’ And we have to be prepared to survive that.”

Showing students violent images of school shootings could trigger post-traumatic stress or other reactions that resident advisers, graduate assistants and similarly untrained workers would be unequipped to handle, Coleman said.

And the techniques shown in instructional videos such as “Shots Fired” could provide inspiration for troubled students considering their own acts of violence, Coleman suggested.

“You more or less are giving them a blueprint for how to avoid law enforcement,” he said.

At the University of North Carolina in Chapel Hill, officials are looking for ways to incorporate the training as part of the school’s “Alert Carolina” program. Campus police chief Jeff McCracken said the school may offer hands-on training to students and faculty, or simply post a link on the Web site.

Despite the relative rarity of deadly violence on campus, colleges can no longer assume that they are immune from such problems, McCracken said.

“I do think it’s important that we talk to our folks and give them some guidance on how to protect themselves and others,” he said. “It’s not something that 10 years ago we thought we’d be talking about. But unfortunately, it’s something we need to do now.”

“It’s a really basic thing,” Bowdish said. “We have drills for fires and tornadoes. This is just another tool for the toolbox.”