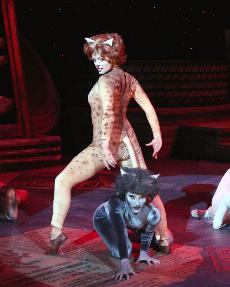 Courtesy of the Theatre Department 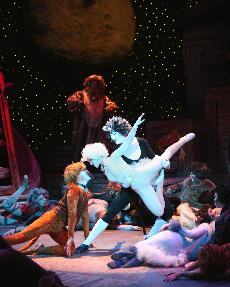 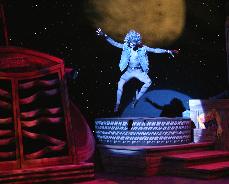 It’s hard to believe that the man who wrote “CATS” also wrote “Phantom of the Opera” and co-wrote “Evita” and “Jesus Christ Superstar.” It’s even harder to believe that “CATS” is the second longest-running Broadway-production. This pre-Rogers and Hammerstein-esque musical is really more of a revue packed with felines than a typical musical.

Andrew Lloyd-Webber wrote this show from T. S. Eliot’s “Old Possum’s Book of Practical Cats.” Luckily for the Northern Kentucky University’s department of theatre and dance, the talent featured in its latest production, “CATS,” is enough to outweigh the downfalls of the show itself.

What little plot “CATS” has to offer centers around a group of Jellicle Cats who come together one night a year to celebrate the rebirth of one of their own. The cat who is picked, Grizabella (Allison Muenich), sings the most memorable and tear-jerking song of the show, “Memory.”

The cat who pretty much narrates most of the action is Munkustrap (Matt Bohnert). Although his character provides mostly transitions throughout the show, Bohnert is wonderful. His dancing and acting techniques make him one of the cats audiences will find themselves focusing on throughout the show – especially since Bohnert will be finishing out the 10-show run with an injured foot.

However, one actress and dancer stands out in every song – Ruth Kennedy. Kennedy plays the supporting role of Bombalurina. Even when she isn’t featured in a particular song, her Marilyn Monroe attitude and strong dancing skills make her the true star of the show.

In Kennedy’s main song, “Macavity: The Mystery Cat,” an ensemble song with Demeter (Jessica Kaiser) and the girls, audiences will blow the audience away with her awesome voice and fabulous dancing.

The department of theatre and dance should be happy that Kennedy is only a sophomore, because this gal has nowhere to go but up.

Other than the great acting, the cast of “CATS” nailed the original choreography. Director Teresa De Zarn held three different roles in the Broadway company of “CATS” and brought her wealth of experience to the show. The dancing was top notch and warrants a trip to see the show on its own.

Not to go unmentioned, the costumes and makeup in NKU’s “CATS” are amazing. The actors prowl through the theatre for some of the show and, even up close, the awesome feat of making the huge cast all resemble cats is expertly done.

The show also features pyrotechnics, moving set pieces, characters dropping from the ceiling and a backdrop of glittering stars. Although they add to the spectacle of the show, the pyrotechnics make the theatre smell like rotten eggs. The pyrotechnics are awesome at the time, but a few moments later, the audience will notice the rank odor.

“CATS” is a huge endeavor featuring a plethora of wonderful talent. There is an old phrase that says you can’t win with a loosing hand, but NKU’s cast and crew did the best they without rewriting the show.

The show is sold out, but a waiting list is started an hour before every production for people to obtain tickets that others haven’t picked up.

According to the box office, people have been getting to the theater two hours early just to wait to be put on the waiting list.

So if your heart is set on seeing “CATS” and you don’t have your tickets yet, get a prime spot in line to be put on the waiting list.