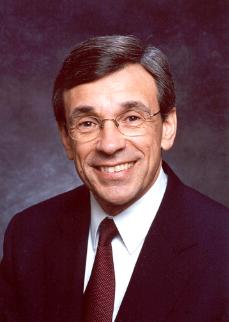 Public universities across Kentucky are bracing for a possible wave of spending cuts from the commonwealth’s post-secondary and adult education funds in 2009. Northern Kentucky University is among those warning that such cuts will harm the state’s economic future and make a tuition increase “inevitable.”

“The question is how much of a tuition increase,” University President James Votruba told the Associated Press Jan. 3. If the three percent funding cut remains, NKU students could expect a tuition increase of up to 16 percent according to a business plan released Nov. 14, 2007.

Currently, NKU is implementing a short-term budget reduction, and it will re-evaluate the budget over the next six months to save and reallocate money. Though nothing has been decided, campus construction could be curtailed along with the cuts.

Other Kentucky universities have discussed cutting student financial aid, personnel and programs, such as study abroad and remedial learning.

University of Kentucky President Lee Todd has already announced his own hiring freeze and ordered about $10 million in spending cuts.

To combat the loss of funds, Votruba, along with seven fellow university presidents and three state education officials, sent a letter to Kentucky Governor Steven Beshear protesting the drop in funding.

The letter, a response to Beshear’s cuts in spending to deal with a looming economic downturn and budget shortfalls, details the “worst case scenario.” In it, the presidents wrote that a proposed 12 percent reduction in the 2009 fiscal year would, in addition to 2008’s three percent cut, cost public higher education colleges $159.5 million.

That, the presidents said, would bring current funding levels to $15 million above 1998’s $915 million.

Already, the eight public universities in Kentucky have lost $34 million in funding. From the $55 million it received from the state, NKU lost $1.6 million. NKU’s bills are even higher considering the community programs, such as the Vision 2015 and the Council on Postsecondary Education’s “Double the Numbers” programs.

According to Votruba, such programs will suffer without Frankfort’s funds.

“A cut of this magnitude would not only curtail our business plan goals, but also cause us to move backward,” Votruba wrote in a Jan. 8 e-mail to faculty and staff, asking them to conserve costs where they can, such as “food, cell phones and office supplies,” as well as trying to extend the life of equipment and consider whether filling a position can be delayed. The presidents also said the state would lose even more revenue when the local university economies lost the university support.

Beshear, however, is struggling to balance his own budget – Kentucky’s projected revenue is estimated to come up almost $289 million short. That’s after Beshear already ordered state agencies to remove three percent from their budgets, reducing the deficit by about $78 million, as well as taking about $145 million in unspent money. However, he predicted an even gloomier 2009, predicting a $525 million deficit will necessitate even bigger cuts.

The Associated Press also contributed to the story.