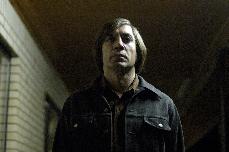 Well, at least the acting was good.

Sometimes the execution of a film doesn’t always work out as planned, despite how amazing it looks on paper. “No Country for Old Men,” unfortunately, falls into that trap.

“No Country,” adapted from a novel of the same name, was written and directed by Joel and Ethan Coen. It stars Tommy Lee Jones, Josh Brolin and Javier Bardem. All things combined, this should be a recipe for success.

The movie opens as Llewelyn (Brolin), a hunter, randomly stumbles across a group of dead Mexicans, some abandoned cocaine and two million dollars in cash. Over the course of the next two hours, he is hunted by the rightful owner of the money (Bardem), a merciless killer, as small-town sheriff, Ed Tom Bell (Jones), stays consistently one step behind, trying to protect Llewelyn.

The plot sounds like a good premise, and when you add the star power, there’s no reason that this film shouldn’t follow the path that other Coen films have taken. But, even the actors can’t save it this time.

The storyline is vague, at best. The plot makes sense, but the scenes are distorted and hard to follow. While suspense is good, “No Country” gets to be confusing. Characters are introduced, but never explained, only adding to the chaos.

Tommy Lee Jones gives a strong performance, but his role is limited, underplaying the talent that is so readily accessible. Josh Brolin continues to surprise the audience, matching Jones with every nuance. Javier Bardem is a relative newcomer to American cinema, having spent years in Spanish films. He’s brilliant in the role of Anton Chigurh, psychopath extraordinaire.

“No Country for Old Men” is a wonderful artistic movie, but it’s not for everyone. If you’re planning on seeing this movie, make sure you’re ready to settle in – it’s going to be a long one.