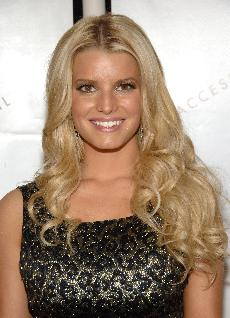 Singer Pink’s relationship is going to the dogs – or FOR the dogs! Despite her motocross champ dude Carey Hart’s possible indiscretions with a blonde last summer, Pink is determined to hang on to her two-year marriage, Star Magazine reports. But her love for her pooches could be the reason: “Pink tours so often that Carey is the primary parent for them,” an insider said. “She’d have to call him for an appointment to see the dogs, and that would be just too difficult.” When the star’s pitt bull Elvis died in January, she fell apart. “It was like losing a son. She cried for weeks. Pink would go through hell with Carey before surrendering her pups,” the source said. I wonder how Hart feels to still be Ms. Pink just because he’s the dog sitter?

Fall Out Boy bassist Pete Wentz broke his ankle jumping like a gazelle during an Oct. 28 concert at New Orlean’s Voodoo Music Experience fest, People Magazine reports. Ashlee Simpson’s BF promised not to cancel any shows on his FriendsorEnemies.com blog, adding he was trying to get a walking cast. “If you see me at the show,” he wrote, “come sign (it).” Like, OMG! Emo girls everywhere are frantically searching for banana-scented ink with which to lovingly inscribe, “Dump Ashlee. Meet me in the bathroom!” Wentz’s likely reply? “Thnks Fr Th Mmrs!”

“That was another Jessica moment. People love it when I make an ass out of myself.” -Jessica Simpson on a comment to the U.S. Secretary of the Interior on the White House: “I love what you’ve done with the place.” (Star Magazine)