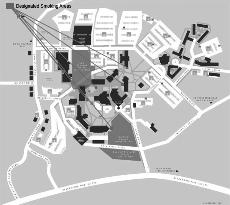 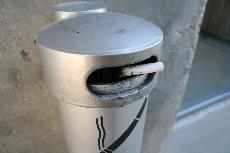 Northern Kentucky University set in place a Clean Air Act in 2006 that designated six areas on campus as smoking or non-smoking, though Dean of Students Matt Brown has been receiving complaints about students not following the policy.

“Recently, our office has been receiving complaints regarding the lack of compliance with the NKU 2006 Clean Air Act,” said an e-mail sent to all students Oct. 23 from Brown’s office.

Brown said the three complaints were sent through e-mail about students smoking in nonsmoking areas.

By the second complaint Brown said he was a little concerned, but when he got the third one, he felt it was time to do something. Complaining about something that’s bothering them is an extra step many students don’t take, Brown said, thus for every three students, there may be 100 who feel the same thing.

“Even though it’s only three complaints,” Brown said, “my belief is that it’s a bigger problem.” That’s when Brown decided to work with the Wellness staff to get an e-mail out to students to remind them of the policy.

“The e-mail was just a friendly reminder,” he said.

Brown said he had a positive response to the e-mail. He said he received about 25 e-mails thanking him for sending the reminder. Some of the e-mails asked about consequences for students who violated the policy, however, the policy isn’t being enforced at this time. Brown did add, however, that if any student knows of someone who is not following the policy, to send his or her information to the Dean of Student’s office, which will then directly contact the student to communicate the policy to them.

Brown said he doesn’t think that it’ll come down to someone walking around and giving citations, but will instead rely on self-enforcement.

Brown said he believes the biggest problem is the lack of knowledge about where the smoking areas are.

But he hopes the e-mail that was sent out along with hanging the Wellness Center maps of the smoking areas on doors will help raise awareness and give students the knowledge they need to follow the policy.

“I think it’s a reasonable policy,” Brown said. “I don’t think it puts undo hardship on students who smoke. I think it asks them to act responsibly and to be conscientious of others.”