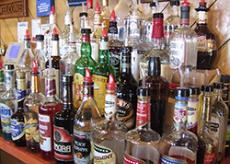 Northern Kentucky University has gone without an alcohol prevention coordinator since August of 2006, making much of the prevention programming geared toward students, especially freshman and greek organizations, “non-existent,” according to one NKU counselor.

“No one is dealing with students and alcohol,” said Counselor Karen Bolte, who works for NKU’s Health, Counseling and Prevention Services. “Students aren’t getting what they need.”

This concern is echoed by Dean of Students Kent Kelso, who has requested another counseling position.

NKU President James Votruba announced April 18 at the Spring Convocation that the 2007-08 budget will include funding for an additional counselor.

Counselors must have a special license to work in the Health, Counseling and Prevention Services. Bolte, however, said that the majority of applicants didn’t have that license.

According to Kelso, “Alcohol continues to be persistently the No. 1 problem we deal with in the Judicial Office.” However, he said that at the college he previously worked at, there were 1,200 incidents involving alcohol on campus, and it was a smaller institution than NKU.

Most students who are caught drinking must take an Alcohol Education Program class through NKU’s Health, Counseling and Prevention Services. However, without an alcohol and drug counselor, Bolte has only been able to conduct three such classes since last August, and none are currently planned for the fall semester. She had originally worked part-time as the prevention coordinator, but became a full-time counselor last August. Since then, the position has been vacant.

Kelso points out that this lack of a counselor has not caused a major increase in alcohol problems, nor would filling it prevent the inevitable. “No matter how many counselors we get on board, we will always have alcohol incidents,” he said.

The lack of an alcohol prevention coordinator, however, affects more than just students who are caught drinking, according to Kim Vance, director of Student Life.

“Fraternities and sororities are frequently asking for a speaker on alcohol,” she said, adding that “it impacts University 101 classes and First Year Programs.”

Bolte hasn’t been able to attend University 101 classes to speak on alcohol, and Vance has had trouble finding individuals to speak with Greek organizations.

Kelso, however, notes that some prevention measures are still being taken to educate students. University 101 professors still talk to their students about alcohol. Also, University Police are planning to use the DUI golf cart, in which students attempt to drive a course while wearing goggles that simulate being drunk. Residential assistants also give workshops to students living in the dorms.

Bolte fears that freshmen, who she said are most vulnerable to abusing alcohol, aren’t getting the information they need.

Among freshmen screened online by her office, almost two-thirds were described as having either “harmful or hazardous drinking habits” or “alcohol dependence.”

Associate Director of University Housing Peter Trentacoste hesitates to generalize across class ranks, but does think that “there’s a maturity level that age brings.”

Kelso points out that many students have already received a lot of education on alcohol in high school and freshmen orientation.

Trentacoste notes that “a lot of folks come here having already used alcohol.”

But Vance worries that those programs don’t adequately address the needs of new students.

“College means more availability, more freedom in the residence halls. It’s more widespread. Alcohol seems to be the drug of choice. It’s easier to get, cheaper and more socially acceptable,” she said, adding that Housing’s “discipline issues are often complicated by alcohol.”

“Colleges in general struggle with alcohol,” Trentacoste said. “It’s a national issue. We need to educate students. We need to make sure that proper medical staff can make sure they’re OK.”

Among NKU’s residential assistants, views on problems caused by alcohol are mixed. Janelle Briscoe, a University Suites RA, said alcohol is “not really problematic at all.”

“It’s not like in the movies with Slip n’ Slides down the hallways,” Briscoe said.

“It’s retarded,” he said. “It’s a problem on campus because it’s a broken rule.”

University Suites Hall Director Kelley Woods worries more about alcohol poisoning. “Residents who go back and shut their door, nobody can check on them,” she said.

Briscoe’s main concern with alcohol is drunken driving. But, she has no problem with drinking alcohol when it’s done responsibly.

But to Seta, “Responsible drinkers are few and far between – especially on campuses.” He considers prohibition the only appropriate counter to drinking.

Woods, however, thinks educating students about healthy drinking habits is the important step.

Trentacoste concurs, noting that most students think alcohol is an essential part of college life.

“A lot less students drink than Hollywood makes it appear,” he said.

However, according to Seta, students aren’t being informed of this. When freshmen come to college, he said, they feel “obligated” to drink.

“Which they’re not,” Seta said.

Before, a coalition of NKU organizations, including Athletics, University Police, First Year Programs, Housing, Student Life, and Health, Counseling, and Prevention Services worked together to set up events to educate students. Without a coordinator, Bolte said, “That’s not happening.”

NKU’s President James Votruba said, “This has to be addressed by the university in as quick a time frame as possible.”