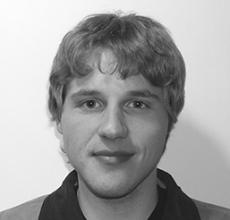 They say irony is the hardest word to define, and I’d have to agree. Merriam-Webster describes irony as “incongruity between the actual result of a sequence of events and the normal or expected result.” In other words, what happens isn’t what you thought would happen.

It seems that the only real way to understand irony is to see an example of it. If you’re struggling with comprehending this term, look no further than last week’s visit to Northern Kentucky University by Kentucky Gov. Ernie Fletcher to promote his program, “Get Healthy Kentucky.”

Apparently, you should only be allowed to demonstrate inside buildings if your goals match the administration’s.

Oops, I mean the Student Government Administration’s. Silly me.

Still, further irony can be found in that Fletcher campaigned for his plan to encourage healthy habits at NKU, a university that doesn’t even offer a nutrition guide in its cafeteria. One can be found online, but it lists an encyclopedia’s worth of information, the vast amount of which is for entr