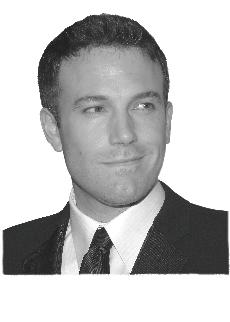 E! Network got in trouble recently when representatives of actor Brad Pitt sought trespassing charges against them after a producer and cameraman allegedly walked onto Pitt’s property in Hollywood Hills, People magazine reports. “Yes, we have filed trespassing charges against E! and are exploring our legal options against both the crew that actually trespassed and the network itself,” his rep told People. Los Angeles police said the incident is still under investigation. However, the cable network protests intentional unlawful activity. “E! Networks did not instruct or authorize anyone working on its program to improperly intrude onto private property, and the individuals involved have been terminated,” said the channel’s rep. “While neither Mr. Pitt nor his family were (stet) at the property when the incident took place, the network in no way condones or encourages such behavior and would like to offer its most sincere apologies to Mr. Pitt and his family.” Sure. We’re sorry we were hanging out of the tree whose vantage point looks into your window, Mr. Pitt.

Nicole Richie’s almost-skeletal frame has placed her in the media spotlight as of late, and People magazine reports the actress is seeking treatment for an inability to put on weight. “Nicole Richie has decided to undergo diagnostic treatment to determine why she’s not been putting on any weight,” her rep told the magazine in a statement. A source close to Richie said the 25-year-old made a personal decision. “She wants to gain weight. It wasn’t anyone saying you have to go do this – it wasn’t an intervention,” the source said. “It was her saying I’m tired of people saying this about me, I’m going to go get some tests.” Good. The public’s been making a personal decision not to look at your bony body because it grosses them out.

“I was in my underwear heating up a burrito in the microwave and (they) were on my lawn doing a satellite link-up.” – Ben Affleck, on being stalked by the paparazzi, on The Daily Show.