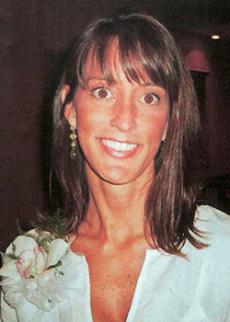 LAWRENCEVILLE, Ga. (AP) – The runaway bride is taking her former fiance to court, claiming he took advantage of her hospitalization to defraud her of her share of the proceeds from a book deal about their adventure.

Wilbanks, then 32, ran off four days before she was to be married in a lavish wedding in 2005. She turned up in New Mexico, claiming she had been abducted and sexually assaulted. She later recanted, saying she fled because of personal issues, and pleaded no contest to telling police a phony story.

She was sentenced to two years’ probation and performed community service that included mowing the lawns at public buildings.

In a lawsuit filed Sept. 13, she and her lawyer said that while she was hospitalized and under medication, she granted Mason power of attorney to negotiate the sale of the couple’s story to a publisher in New York, and Mason struck a deal for $500,000.

But she said Mason used the money to buy a house in his name only, and later evicted Wilbanks from the home.

Wilbanks and Mason broke up for good in May.