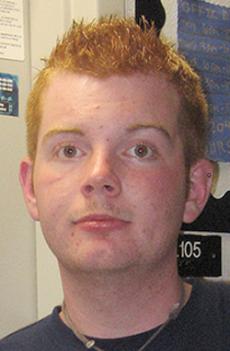 In response to an alleged anti-gay crime on Northern Kentucky University’s campus, a statewide equality federation sent a letter Sept. 18 addressed to President James Votruba regarding the situation and the university’s response to it.

At about 12:30 a.m., Aug. 28, Jeremy Phillippi said he found “Fuck you fag. I hope you get AIDS” on his dorm room door and that the decorations on a bulletin board, which is across from his room, had been torn down.

Phillippi, who is a residential assistant in Kentucky Hall, said he cleaned the writing off his door before anyone saw it and filed an incident with University Housing the next morning.

Since neither University Police nor University Housing could find evidence of the anti-gay writing or any suspects or witnesses, the case still remains under investigation.

Dissatisfied with NKU administration not releasing any public statements regarding the alleged incident, Phillippi contacted the Kentucky Equality Federation, located in Florence, Ky.

After posting Phillippi’s account of the incident on its Web site, the federation sent at letter to Votruba stating it condemns NKU’s response and finds Dean Kent Kelso’s statements to The Northerner “unacceptable.”

Kelso told The Northerner Sept. 12 that he “cannot confirm that any incident even occurred” and he could not act on Phillippi’s reports without concrete evidence.

The letter informs Votruba, “If administration fails to take practice steps to educate its students that this type of behavior is unacceptable by Sept. 29, 2006, the Board of Directors approved Resolution 18-D43 to use all available legal and civil (including peaceful protests) remedies to bring the case to a close by making it an educational experience.”

The resolution passed by the federation also directs its secretary to inform the International Lesbian and Gay Association if the university does not take action by the established date, according to the letter.

According to Vice President of Student Affairs Mark Shanley, NKU’s administration received the letter late afternoon Sept. 18 and plans to respond directly to the federation.

“Students at Northern Kentucky University deserve to be able to be themselves, without having to face verbal or physical violence and be able to get an education without having to suppress their sexual orientation or gender identity,” said Jordan Palmer, Kentucky Equality Federation president, in the letter to Votruba.

At the end of the letter, the federation listed recommendations to the university as ways to use Phillippi’s story for an educational purpose. The federation recommended NKU “issue a statement on the importance of Common Ground, what it stands for and its objectives. Issue a statement reminding students that Northern Kentucky University is a school of diversity.”

In response to the recommendations, Shanley said university administration responded “swiftly” once they heard of Phillippi’s report.

“We’re acting on this in an orderly manner as things are revealed to us,” Shanley said.

He also said the university administration is now considering the best message to reinforce NKU’s commitment to values about tolerance and teaching students to behave with civility to incidents such as this does not reoccur.

“We have taken this most seriously,” he said. “We have attempted to be proactive in this situation.”

The federation also recommended the university “issue a public apology for Phillippi for the university not following through on statements made and published in the Kentucky Post and/or state that staff will continue to monitor the situation and act swiftly against all acts of intolerance.”