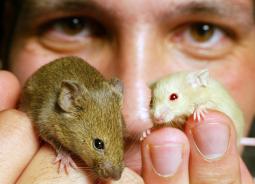 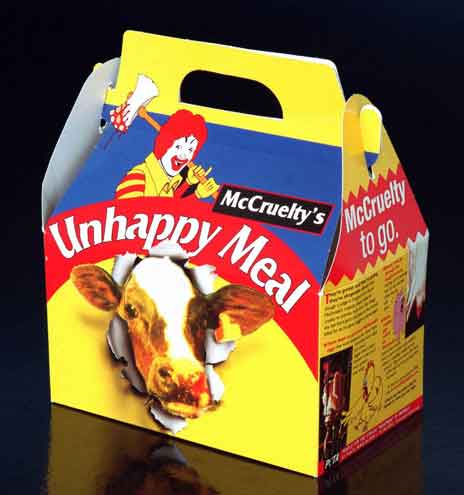 People for the Ethical Treatment of Animals (PETA) is condemning animal experimentation in a biopsychology lab at Northern Kentucky University.

In the contested course, instructor Mark Bardgett is performing brain surgery on mice and rats. The surgery is followed by the death of the rodents by drug overdose. PETA is asking NKU to end the course or to stop using animals for research.

The class, a laboratory in biological psychology, studies the biological basis of behavior. It is not a required class, but Bardgett said the research performed has merit and can be useful to his students.

“The research that is being done in the lab is the type that has done a lot of people a lot of good,” Bardgett said. “By studying the brains of rats and mice, a lot has been learned about Alzheimer’s and schizophrenia.”

Matthew Mongiello, an associate researcher for PETA, sent a letter of complaint to President James Votruba about the course in November 2005. In response, Votruba said the lab procedures were found to be acceptable.

Mongiello said that PETA feels Votruba “is not adequately addressing our concerns.”

Votruba said that after the letter came from PETA, he asked Provost Gail Wells to investigate the issue and ensure that the university was following all the guidelines for the use of animals in research.

“Professor Bardgett is one of our finest faculty members,” Votruba said. “He has provided a detailed rationale and description (of his lab experiments) which satisfies me that he is working within our campus guidelines.”

Mongiello said that the surgery causes a great deal of “pain and distress” to the rodents involved and it could be replaced by non-animal techniques. Mongiello said PETA makes it a policy to oppose all forms of research that involve death or injury to animals.

Mongiello specifically suggested other techniques that could be used in the lab, including PET Scans and MRIs.

“The law says that animals may only be used for instruction if the teaching goals couldn’t be met with non-animal procedures,” Mongiello said, citing the Animal Welfare Act. “In this case I think the course could certainly be offered without invasive animal techniques.”

However, Bardgett said that most of the non-animal procedures Mongiello suggested were impractical.

“Many of those alternatives would be a huge expense for the university,” Bardgett said.

It would cost about $100,000 every year for maintenance and in addition we’d need room to store the equipment.”

Mongiello said PETA was notified of Bardgett’s class by one of his fellow professors. He said that some students who were formerly enrolled in Bardgett’s class had also been upset when they learned slicing of mice’s brains was involved.

However, Bardgett said that the students who take his lab class are very likely to use similar surgical techniques later in their careers. “A very small percentage of psychology students take this lab,” Bardgett said. “There are only about 16 students in the lab and we have over 400 psychology majors. My students are the ones who are very interested in going on to graduate school and this will be useful to them later on.”

Bardgett said that he informs all students who they register for the lab exactly what experiments will be performed with rodents and tells the students that if they have ethical problems with animal research they should withdraw from the course.

“Some students don’t want to perform the surgery themselves and tell me they would rather just watch. That’s OK with me, too,” Bardgett said.

Mongiello said that he believes the university’s Institutional Animal Care and Use Committee (IACUC) is being lenient on Bardgett’s experiments. Every institution that uses laboratory animals for research or instructional purposes must establish an IACUC to oversee its activities, according to federal law.

Mongiello said PETA cannot take legal actions since the lab class does not breach the limitations of the Animal Welfare Act. However, Mongiello said he hopes people will begin protesting.

“We want to take this issue to the students now and see what the reaction is,” Mongiello said. “I do believe that the administration would care if this became a campus issue.”

“I know that PETA disputes whether it’s necessary to use the animals in Dr. Bardgett’s research and instruction,” Votruba said. “But (Bardgett) has informed the university that it is, indeed, necessary and I trust his judgment on this.”

“(Wells) and I are both very committed to insuring that when animals must be used for teaching or research, they are treated humanely and that their use is the only cost- effective way of accomplishing what the faculty member is working to accomplish,” Votruba said.

Wells said that Bardgett has received a large number of federal grants to fund his projects. “His research is congruent with the best practices in science,” Wells said.

“There are times when the only way to produce a desired teaching outcome is through the use of animal research,” Votruba said. “In fact, research using animals has led to an enormous number of breakthroughs in science.”