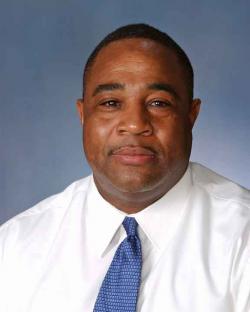 Dennis Weatherby has been many things in the course of his career. He was a chemical engineer with Proctor ‘ Gamble Co., where he co-invented Liquid Cascade Dishwashing Detergent. He has held administrative positions at both Auburn University and the University of Notre Dame, and now he is using his talents, experience and innovations as the associate provost of Northern Kentucky University’s new Office of Student Success.

The new office, created at the beginning of the 2005 fall semester, replaced the Office of Affirmative Action and Diversity. As the new associate provost, Weatherby will be in charge of coordinating what he calls “student success units.” He defines these as any program relating to academic achievement, orientation or counseling that is designed to improve student retention. He will also head efforts to increase campus diversity and recruit women and minorities for positions in faculty and administration.

Weatherby spent the fall semester gathering information and student and faculty input before formulating a plan to improve student retention. NKU has one of the lowest freshman retention rates in Kentucky. Among his findings: