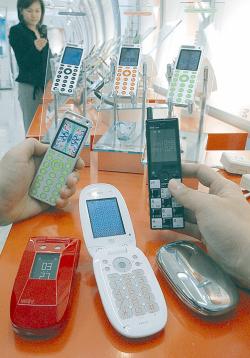 At Northern Kentucky University, it is almost guaranteed that at any given time, someone somewhere is talking on a cell phone. According to a 2005 survey by Student Monitor, a company that regularly surveys college students, 90 percent of college students have cell phones. This number has increased drastically since 2000, when only 34 percent of students owned cell phones.

NKU students use their phones for a variety of tasks besides making calls. Brittini Fisk, an art major, who can’t seem to put her cell phone down, said she uses her phone not only to make calls, but she also to send text and picture messages to her friends and download ring tones. “My bill is always high, and I always go over the allowed minutes on my plan,” she said.

Itracks, a monthly survey that collects information from a sample of mobile phone subscribers, polled 1,000 teens across North America from July 30 to Aug. 9 of this year. The study found that 37.3 percent of these students text message, 13.4 percent retrieved news and information via browser and 11.3 percent used personal e-mail on their cell phones. Fisk said a lot of times she will send a quick text message to a friend if she wants to tell them something brief, rather than actually calling them.

Text messaging may be an advantage to students with cell phones, but professors may think otherwise. According to some, text messaging has opened the door for another option of cheating while at school. Students can do so by storing answers in their phones or receiving information via text message from someone outside the class.

Not only can students cheat with cell phones, but to some people they have become a distraction in the classroom. Ann Taylor, a communications professor at NKU, said in an e-mail, “When a cell phone rings, it disrupts the flow of class. Either a student is presenting or I am presenting course materials.”

That is why she deducts 10 points from total grade points each time a student’s cell phone rings during class. Taylor also said if a student might have an emergency and may need to be notified, the phone should be set on vibrate.

Eric Garrison, a secondary education of mathematics major, feels the same way. “I think cell phones are so annoying going off in class,” he said. “They are so simple to just turn off or turn on vibrate.” He also finds it annoying when students talk on their phones right outside a classroom, and he can hear their entire conversations.

Not only do most students have them, but they seem to be replacing landline phones as well. Garrison said he doesn’t use his dorm phone. He uses his cell phone instead. Some families are doing away with a house phone and investing in family plans, which have free mobile to mobile calling. Cell phones are a necessity for most students these days. If the rest of NKU students are anything like Fisk, when it comes to their cell phone, they may feel naked without it.