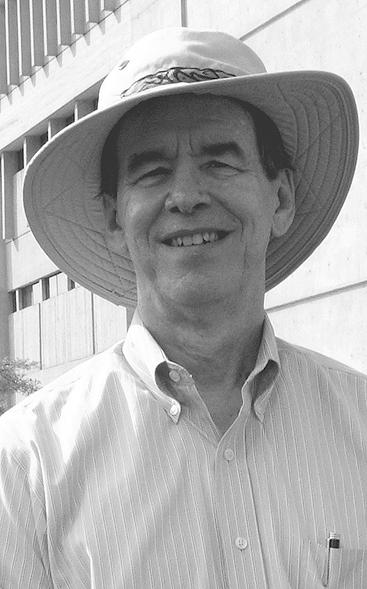 Professor Bob Wallace is much more than your average English instructor.

When he’s not teaching class at Northern Kentucky University, some might consider him a literary detective.

In June, Spinner Publications, Inc. released Wallace’s latest book “Douglass and Melville: Anchored Together in Neighborly Style.” Inside, Wallace explores the parallel lives of Frederick Douglass and Herman Melville and theorizes whether the two met or not.

“I would say it took a year and a half from the writing to the publication,” Wallace said.

The idea came to Wallace after he attended a conference in Albany, New York in February 2004, which discussed the Underground Railroad.

“I started doing (more) research (on Douglass and Melville) and it was at that conference that things really clicked together and I decided I was going to go for it,” he said,

Wallace wrote the book in a year and a half with hardly any problems.

“There was pressure, but I had accumulated a lot of material,” he said. “I must have nine or ten three-ring binders, full of different aspects of (the Douglass and Melville) relationship.”

“I’d be accumulating (the material) to just learn about them and see how they fit together in view of a longer-term project,” he added.

“These are two major figures in American life,” Wallace said. “It’s a pretty interesting kind of detective story as to whether they might have actually known each other – and whether our cultural history might have been unified than we thought.”

To illustrate this 148-page investigation, Kathleen Piercefield contributed by drawing maps of New Bedford, Albany and New York. “(Wallace) wanted these three maps to show how the lives of Douglass and Melville intersected,” the recent NKU graduate said. “He gave me maps from the 1800s that he found in his research.”

Wallace said the book is angled for both the general and academic audience, and he may even use in an upcoming class. Although Wallace’s book has been released, the investigation isn’t over.

“I can’t prove (they met) yet,” he said. “I didn’t have time to go to every possible archive, so I’ve got more follow-up to do in a way.”