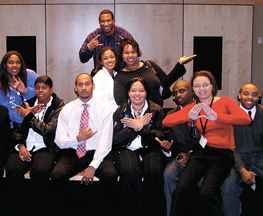 Northern Kentucky University has played host to Greek life for many years. The university has 14 active Greek chapters comprised of roughly 550 students, with an additional 60-70 after Rush is over this year.

Those 14 chapters are divided into sub-groups which sit under councils.

Now, in terms of costs, the IFC and Pan-Hellenic groups will run between $200-$300 per semester. The NPHC groups usually cost less.

Most of the groups meet once a week for a general meeting. Other meetings occur for officers and committees.

Greek organizations have been around since before our nation. They came about when colleges mainly admitted only men.

Groups of people would get together to question what they were being taught and how their governments were run.

They chose to use Greek letters to represent themselves because it was considered the language of the intelligent.

Membership in these groups could cost the students their right to education, so it was exclusive as to who could join.

In later years, following World War II, sororities came about as women began college, as did the African-American fraternities and sororities when young black men and women also began to attend college.

Kim Vance is advisor to the Greeks on NKU’s campus. “I am a proud Greek advisor,” Vance said. ” The Greek community on this campus is comprised of good young people who see themselves as a true Greek community.”

“There are some campuses in this country where you couldn’t pay me enough to be advisor to their Greeks,” Vance said, “So I am proud to be here.”

Each fraternity or sorority on campus raises money for a philanthropy.

A philanthropy is a group or cause, usually charity-based, that each fraternity or sorority supports.

They do this in a variety of ways, from rockathons to letter-writing campaigns.

The money goes to local or national philanthropies that they support.

According to Vance, each Greek group is supportive of a different cause. For example, Phi Kappa Tau supports the Hole in the Wall Gang, a support group for children started by actor and Phi Kappa Tau Alum Paul Newman.

The Hole in the Wall Gang addresses the needs of children in various problems.

Each year, NKU’s chapter contributes money to Newman’s group to help assist those children, whether they are localized or across the county.

Other examples include Delta Gamma’s support of the Cincinnati Association for the Blind or Pi Kappa Alpha working with Doug Pelfrey’s Kicks for Kids, a group that helps at-risk children (children with mental or physical limitations, or challenged by their environment).

The groups under the National Pan-Hellenic Council, are also involved with charities.

A Walk for Education is a walk-a-thon that raises money for Two Rivers Middle School in Covington.

The groups also have Voter Registration Drives each year to urge incoming freshman to register to vote.

They also hold a fashion show to raise money to benefit sickle cell research. Vance had other thoughts to share about the Greek community and their efforts.

She said the university thinks of the fraternities and sororities as an asset, and not a liability.

“They support each other and hold each other accountable,” Vance said. “If they screw up, they’re not afraid to come forward and admit it.”

Other members of the Greek community also shared their thoughts on their fellow Greeks as well. “The Greek community at NKU is relatively small, which makes for good social networking,” said Adam Billiter, president of Pi Kappa Alpha. “Everyone knows everyone and we all interact with each other in some way every day.”

“I think under the NPHC name we have a great relationship, but to include the IFC and NPC we get along great with each other, too.

“Being Greek is a huge responsibility and we have to work hard to put on programs and do collaborative efforts, at the same keeping up our grades and doing what we ultimately came here to do – graduate.