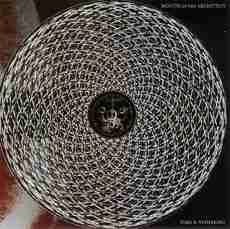 For a successful debut record, there is a formula to ensure the best first impression. You want to give the full-scope of who you are and what you do musically, as well as the listener’s interest by keeping your songs short, sweet and to the point. Dayton, Ohio’s Mouth of the Architect broke those rules and walked away from the standard for their stellar 40-minute, four-song debut, “Time and Withering.”

Mouth of the Architect’s sound is akin to the metal underbelly of sludge-core. The orchestrated chaos invented by Neurosis and perfected by the band Isis is now in the hands of Mouth of the Architect, who has taken to the beast with sheer beauty and eloquence to move further into the depths of what is sometimes described as “thinking-man’s metal.”

“Time and Withering” starts with the epic “A Vivid Chaos,” a song that spans 12 minutes and various climates of sonic brilliance. The chugging beginning gives way to a silence punctuated by a sparring riff that ushers in the chaos the title suggests. A beautiful single guitar, throwing the best guitar melody contained within the disc, then interrupts this chaos. But it’s not alone for long when the rest of the band chimes in with a heart-wrenching slide guitar that pulls at the listener’s tear ducts.

After the tear ducts are infiltrated, the song assaults the ears with a beautifully orchestrated, destructive ending. It was a bold move to place the CD’s longest track at the head of the album, but Mouth of the Architect is drawing its own blue prints.

“Soil To Stone” starts clean and clear. The guitars are nicely delayed, the bass is thick and crunchy and the drums are precise and tonally perfect. This assortment carries in to a moog healthy pause where the bass clears the path to the rich landscape of a buildup to the song’s core. Like ISIS and Neurosis, Mouth of the Architect take a while to unfold the whole story. In “Soil To Stone,” the 11-minute earthshaking answer to the album’s first track, Mouth of the Architect shows their most melodic points and presents them in an awe-inspiring abyss.

“Time and Withering’s” shortest song, and yet still long by radio standards, is a ghostly, haunting selection that features the vocal styling of a growl and a scream. “Heart Eaters” comes in at just under five minutes, but strangely enough is the disc’s most vocally heavy track. Instead of coming off like some run-of-the-mill metal-core bands, the doubled vocal comes off more calculated and both voices lend themselves to each other quite nicely.

The conclusion to Mouth of the Architect’s debut is the 11-minute “The Worm.”

Castle-acoustic piano begins this masterpiece with feedback wails and gently placed guitar. The lead-up to the album’s final jam out is nothing short of beautiful. Once the drums and bass kick in, a side of Mouth of the Architect is revealed. They are not afraid to kill you with kindness as opposed to nuclear warheads of distorted catharsis. However, they still come off very cathartic. It is a more calculated, well-executed drain of emotions that lends itself to brutal music, sans the distorted mayhem.

As the song works itself into the culmination of crunchy guitars, crisp bass and drums, it’s evident that Mouth of the Architect was destined to out grow their native city of Dayton. With the last note as sweet as the first, “Time and Withering” is a triumphant debut for Mouth of the Architect, and one could only wonder how many other sides the band could display with their follow-up.