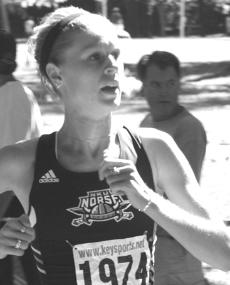 When students go to vote in the Student Government Association spring election April 13 and 14, they won’t find any candidates listed for president or executive vice president. Instead, they’ll simply see an empty text box where they can write in any student they wish.

The presidential election officially turned into a write-in race when Jen Perry and her running mate, Sheena Dunn, who were running unopposed, were removed from the ballot, April 10, by the SGA election commission. Sen. Michael Tobergta filed an appeal to the Dean of Students Office April 5 that stated Perry and Dunn failed to obtain the required number of student signatures on their nomination petition.

“It was a huge oversight on their part,” said Dean of Students Kent Kelso. “They thought they only needed 100 signatures when the constitution says 100 per candidate.”

Tobergta argued that although Perry and Dunn were running on a slate, they still needed 200 total signatures. The commission agreed with Tobergta’s appeal and determined the election packet was incomplete.

“If people would read the packets and the constitution and know what they’re getting into before they decide to run for something, it’d make things a lot easier for them,” Tobergta said.

Perry, who currently serves as SGA vice president of public relations, said it was an unfortunate mistake on her part.

“We were wrong,” Perry said. “We did not get 200 signatures. (The election commission) can’t make an exception for us.”

Perry and Dunn turned in their election packet 19 days before the April 4 deadline and said they wouldn’t have had any problem obtaining 200 signatures had they known they needed that many on the petition.

Dunn said she wishes someone had notified them of the discrepancy with their packet before the deadline passed.

“Nothing can go on in SGA without controversy, and that’s something we want to eliminate next year,” Dunn said. “Some people want to cause problems more than they want to work for the students.”

“It’s just like if you ran for public office in a city or county,” Kelso said. “You’re not going to get a phone call from the clerk saying, ‘Hey, by the way, you forgot to do this.’ You basically would be ruled ineligible.”

SGA President Andy Hixson said that while the election commission’s decision was not unfair, he would not have removed Perry and Dunn from the ballot if the decision was his.

“The signatures mean nothing,” Hixson said. “You could put it at 500 and they’d get them. People on this campus sign things without asking what it’s for.”

Chief Justice Nathan Hagler was responsible for forming the election commission and said the members did a good job handling the appeal. However, Hagler said the whole situation was unfavorable.

“I don’t necessarily feel that Michael Tobergta accomplished a whole lot (with his appeal) being that (Perry and Dunn) were the only two people who expressed enough interest in the job to even go out there and get signatures,” he said.

Perry said the removal of her name from the ballot has completely changed her campaigning strategy. She said she has taken extra steps to make sure students understand the write-in process.

“If we had still been on the ballot and we had ultimately won, we’d be facing for an entire year people saying, ‘You had it handed to you,'” Perry said. “I’m not one that likes to hear that. I like to work to receive.”

Kelso said he is not aware of any students planning a write-in campaign against Perry and Dunn. However, he said he has heard rumors.

“I think it reflects poorly on SGA in the fact that the organization cannot inspire more student leaders to run for the two most prestigious student positions on campus,” Kelso said.

Perry and Dunn are also unaware of any opposition to their write-in campaign, but said they will not be caught off guard by anything during the election.

“I wouldn’t be surprised if someone is out there plotting something,” Dunn said.

Hixson said even if someone tries a last-minute write-in campaign, Perry and Dunn still have the best chance to win the election.

“If somebody could come in here and beat them as a write-in, I would be very impressed,” Hixson said.

Kelso pointed out that students still must meet the constitutional qualifications to be eligible for the position of president or executive vice president. These requirements include a sophomore standing by the beginning of the fall semester and a cumulative grade point average of at least 2.5.

Perry and Dunn weren’t the only candidates that were examined at the election commission’s April 10 meeting.

On the nomination petitions, there are two lines for each student signature: one for the signature itself and one for the printed name of the student. The commission decided that a signature would only be valid with both lines completed and went through each packet to disqualify every signature that failed to have an accompanying printed name.

Hagler said it is important that the commission can verify each signature as a valid student signature.

“The point of having someone print their name after their signature is because most people do not have a legible signature,” Hagler said.

Sen. Paul Myers, who is running for vice president of public relations, had one signature on his petition that did not have a printed name with it. The disqualification of this signature brought his nomination petition below the required 100 signatures, and the commission declared his name to be removed from the ballot.

Myers said he was shocked by the commission’s action.

“It seemed kind of petty to go after that,” Myers said. “My first reaction was, ‘Are they trying to get back at my group because my friend, Michael Tobergta, was the one who pointed out that Jen and Sheena didn’t have the number of signatures they needed to be on the ballot? Is this kind of a revenge for that?’

“I’d like to think that the (commission) is just trying to follow the rules and got a little bit overzealous.”

Myers submitted an appeal of the decision to judicial council April 11. Hagler said he and the other justices unanimously decided to put Myer’s name back on the ballot.

“The signature was legible, so Paul essentially lucked out,” Hagler said. “Had we not been able to verify this person as a student, then I have a strong feeling we would have upheld the election commission’s decision.”

Lack of candidates not just in presidential race

Sen. Branden Kiely is running unopposed for the position of vice president of administration.

There are eight students running for the 15 available positions on senate and two candidates for the three open judicial council positions.

Kelso said this is the first spring election he can remember that the senate race has not been a “runoff” election, where some students on the ballot didn’t get elected.

Kelso said SGA’s “rocky history” has probably turned away many potential candidates for this election.

“Students are making choices to be involved in other organizations and saying, ‘I don’t need the headaches of SGA,'” Kelso said.