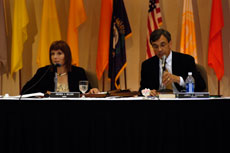 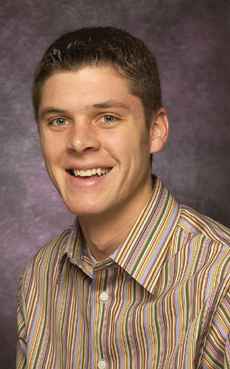 Following a month of debate, a winner has finally emerged from the Student Government Association presidential race. Andy Hixson will serve as SGA president next year, according to President James Votruba, who said he personally oversaw an investigation into the controversy surrounding last month’s election.

The Board of Regents announced May 12 that it would not consider revoking the election results, and concurs with the administration’s decision that Hixson rightfully won. According to the SGA constitution, the board retains final authority over the actions of SGA.

“It’s a slap in the face,” said Vice President for Public Relatoins Mike Tobergta. “To me, it shows that the Board of Regents is unwilling to listen to students. We sent this to the board because we didn’t want the administration ruling on it.”

The SGA Election Committee had asked the board to rule on the election results at its May 12 meeting, but the board said it has faith in the administration’s decision and would not consider the issue.

“It’s an honor to finally officially be the president of the student body,” Hixson said. “There’s no doubt anymore that things were done correctly.”

The SGA Judicial Council ruled April 12 that Hixson was not eligible to be elected president because he had not served on the council or the SGA Senate, as required by the constitution. Dean of Students Kent Kelso overruled the council’s decision April 13, and Hixson received a majority of the votes in the April 14 and 15 election.

Kelso declared Hixson the winner on April 16, but the committee said Hixson was ineligible to be elected and declared his opponent, then-Executive Vice President Eric Fegan, the winner.

President James Votruba said he asked Vice President of Student Affairs Mark Shanley to investigate the situation after some SGA members alleged misconduct on Kelso’s part. The accusations included bias toward Hixson and trespassing upon SGA’s rights by overturning the Judicial Council’s ruling. Votruba said Shanley determined that the election results were valid and that Kelso had acted “within his authority.”

Votruba then asked university legal counsel Sara Sidebottom to further investigate the issue. Sidebottom also found no evidence of misconduct. Votruba said, based on these findings, he has full confidence in Kelso’s actions and would not overturn the election results, nor would he urge the Board of Regents to consider overturning the results.

“I did not find, in my review, a basis to overturn the popular vote of the student body,” Votruba said. “Nor did I believe that the amount of time the board would have to take to sort out the issue would result in any additional insight or clarity.”

Votruba said the controversy surrounding the election has been so contentious that he doesn’t believe further investigation would be productive.

“I’m ready to put all that in the past and move on,” Hixson said. “Hopefully, students will take the summer to heal any wounds this election caused and be ready for substantive results from the new [SGA] administration.”

“Even though [the controversy] may not have been good for the university, all of us on the Board of Regents are really pleased to see students who care,” said Chair Brenda Wilson. “The most damaging thing to any university is apathy.”

Hixson will assume the presidency on July 1 and will be sworn in by the Board of Regents on July 21.

He said he has already started working on a plan for SGA to provide emergency tuition assistance to students. The plan will allow SGA to allocate its own funds next year to help students pay for tuition. Hixson said his goal is to allocate $5,000 at the beginning of the fall semester. He said he would establish a committee at next semester’s first SGA meeting to begin the process.

Board postpones vote on SGA constitution SGA had also asked the Board of Regents to ratify its new constitution at the May 12 meeting, but the board declined to do so. The university said it did not have adequate time to look over the constitution, and would review it at a later date.

“I find it very suspicious that they did not bring it up today and then voted Andy Hixson to be on the Board of Regents,” Tobergta said.

Tobergta said if the constitution comes up for a vote while Hixson is SGA president and student regent, he would ask Hixson “to recuse himself because he has been outspoken against it.”

“For him to go against the students [by voting against the constitution] would look bad and make student government look bad,” he said.

This was a special online-edition breaking news story posted May 12, 2004.