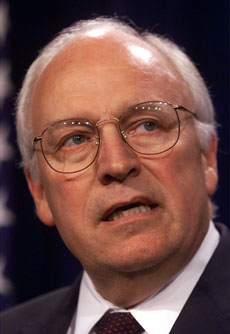 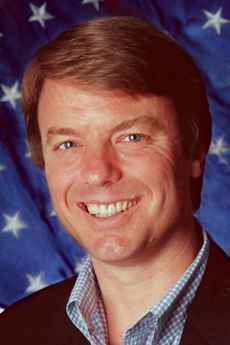 CLEVELAND – Vice President Dick Cheney and Sen. John Edwards wrestled Oct. 5 over Iraq, the economy and taxes in their only one-on-one debate before the election.

But even as they perhaps demonstrated a greater command of detail than their bosses showed last week, the Washington veteran and savvy former trial lawyer also exhibited their ability to selectively interpret the facts.

Not unlike campaign trail rhetoric or political ad pitches, both vice presidential candidates at times oversimplified, exaggerated or simply ignored the larger context of a past statement or vote as they made their case to the voters.

One of the key disputes focused on whether Cheney has incorrectly suggested that there was a link between Saddam Hussein and the Sept. 11 attacks on the United States.

“I have not suggested there’s a connection between Iraq and 9/11,” Cheney said during the debate. “But there’s clearly an established Iraqi track record with terror.”

That doesn’t exactly mesh with what Cheney has said, or at least implied, on the campaign trail. There he often cites Saddam’s “long-established” ties to al-Qaida – the terrorist organization responsible for the attacks – while mentioning the former dictator’s production and use of chemical weapons, support for the families of suicide bombers and defiance of various U.N. resolutions.

Cheney’s subtle assertion of a Sept. 11 link comes despite the findings of a bipartisan commission that investigated the attacks and said it found no evidence of a “collaborative relationship” between Saddam and the terrorist organization led by Osama bin Laden. The commission’s staff has said it found “no credible evidence” that Iraq had cooperated with al-Qaida in targeting the United States.

“We also thought it was wrong to have a $20 billion fund out of which $7.5 billion was going to go to a no-bid contract for Halliburton, the vice president’s former company,” Edwards said.

Cheney was the company’s chief executive from 1995 through 2000, when he resigned the lucrative job to join the Republican ticket. But Cheney hasn’t gained financially from Halliburton’s contracts in Iraq.

Cheney countered that the 90 percent figure overstates the American losses because it does not include a significant number of deaths among Iraqi forces working with the coalition. But Edwards’ figure is essentially accurate in the context of coalition casualties.

Edwards repeated a disputed figure mentioned by Kerry in last week’s debate with President Bush. Both Kerry and Edwards suggested that $200 billion has been spent in Iraq, but that amount includes what has been spent – about $120 billion – as well as the projected cost through next summer.

Cheney suggested that Kerry has been inconsistent in his support of the war in Iraq.