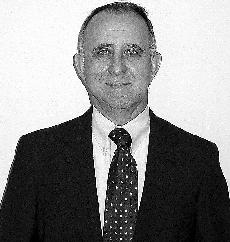 The Northern Kentucky University Police Department is under new management.

Harold Todd was appointed to director of Public Safety May 28, after the retirement of former DPS Chief Jeff Butler.

Before coming to NKU he was the Assistant Director of the South Eastern Louisiana University Police Department. Prior to that, he retired from the Louisiana State Police.

Todd wants to bring the NKU Police Department closer to the student body. He wants to work more with student organizations and form more partnerships within the campus community.

“Safety and security are both shared and personal responsibilities,” Todd said.

By putting this into practice, he plans to strengthen both the department and the campus community.

Todd starts off a typical day by reading police reports from the previous day and looks into how they were followed through. This is his favorite part of the job, as he likes to see how his officers prevent crimes and what they do to solve crimes that they could not prevent.

“The kinds of crimes that myself and the rest of the department deal with are not unlike any other university – mostly theft and property damage,” Todd said.

He also oversees what is happening across the campus and decides if there is a better way of doing things.

Todd is making an effort to get out and meet people in the campus community.

“The (NKU Police) Department… should be a part of the students’ lives rather than just someone you meet when you get into trouble,” he said.