Can SGA handle the pressure? 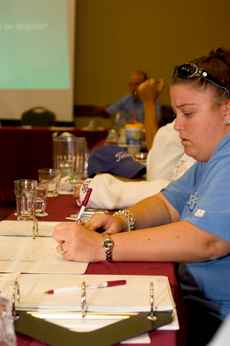 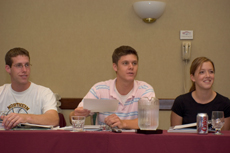 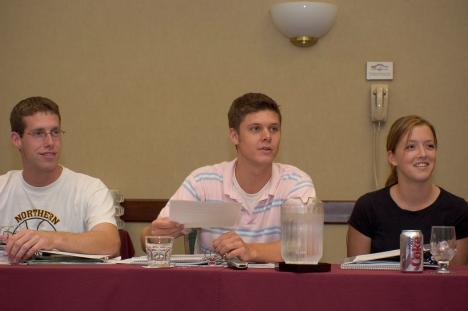 KINGS ISLAND, Ohio – Coming off a year of controversy, the Student Government Association made it clear this past weekend at its fall retreat that the organization wants to go in a new direction.

SGA President Andy Hixson and his administration said that the relationship between SGA and university officials was damaged last semester during the spring election. The Election Committee disputed the results with Dean of Students Kent Kelso and accused him of overstepping his boundaries when he overruled the Judicial Council’s decision that Hixson was ineligible to run for president.

“There was a huge negative effect on the relationship between SGA and the administration last year,” said SGA Vice President of Public Relations Jen Perry. “We want nothing more than to re-strengthen that in a positive way this year.”

Vice President for Student Affairs Mark Shanley told senators Aug. 28 that he hopes SGA and the administration can get off to a “fresh start” this year.

Hixson presented SGA’s top priorities to Northern Kentucky University President James Votruba and a handful of members from his cabinet.

SGA produced a list of six core goals for the 2004-2005 academic year, including:

* Creating and passing a new constitution, which Hixson hopes to have approved by the Board of Regents at its Jan. 19 meeting.

* Establishing an Emergency Tuition Assistance program, in which students will be able to apply for one-time “SGA Grants.” The program will offer 100 grants in the amount of $500.

* Renovating the intramural fields – mainly correcting the drainage problem and adding lighting structures. Vice President for Administration and Finance Ken Ramey said the university has already budgeted the funds necessary to fix the field drainage, but said lighting could cost over $100,000 – funds that have not been budgeted.

* Increasing civic engagement across campus – chiefly promoting NKU, working on the Get out the Vote campaign and furthering the effort in Frankfort.

* Improving campus safety by properly lighting poorly lit areas. This will be discussed during a future campus safety walk – an initiative where SGA senators and university officials locate unsafe areas across campus. This walk has been practiced in the past but did not take place last year.

Hixson told the Senate Aug. 27 that he believes all these goals can be completed by the end of the semester. He added that he has spent “countless hours” with administrators and “knows what’s possible and what’s not.”

“I think they’re realistic goals,” said Steve Meier, associate to the dean. “I don’t know if they can all be accomplished, but I definitely think some of them can.”

Meier said he believes this will be a positive year for SGA.

“They got off to a good start at the retreat,” he said. “Now I hope they can build upon it.”