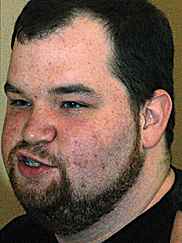 The administration of Student Government Association President Chris Pace has been engulfed in a storm of controversy during the past two semesters and will leave a questionable legacy on campus. SGA has failed to achieve many of its goals, and several members of the administration have been involved in ethically suspect activities.

Goals not yet achieved

Last semester the administration set three goals for the 2003-2004 school year: to enact an initiative of increased collaboration between SGA and activities programming on campus, to achieve increased funding, and to relocate the Disability Services office from the third floor to the first floor of the University Center.

As the academic year draws to a close, all three goals have yet to be accomplished. Pace said they are pending.

Increased collaboration between SGA and the Activities Programming Board will be achieved if the Board of Regents ratifies a new SGA constitution passed by the Senate in February and approved by the student body in this month’s election, according to Pace.

He said increased funding for SGA “will be achieved through the Student Fee Allocation Board,” to which he recently appointed four student representatives: SGA Executive Vice President Eric Fegan and Sens. James Pollitt and Jennifer Wallace APB member Jasper Smith. Pace will also sit on the board, which allocates student fee money to student organizations yearly for their budgets.

Pace said he “doesn’t expect there to be any impropriety” in having four SGA members vote to allocate student money. Although a student media representative has traditionally been appointed to the board, Pace decided not to appoint one this year. He said that student media is “doing its job” and doesn’t expect it to suffer financially by not being represented on the board.

Pace also said that administrators are “working on” relocating the Disability Services office to a more user-friendly location in the University Center, but could not say for sure when the project would be finished.

Pace said he would most like his administration to be remembered for passing a new constitution and attracting the highest voter turnout in NKU history to April’s SGA election.

He would like to be remembered as the “president who brought student government back to the students.”

The members of the Pace/Fegan administration have certainly helped “raise awareness” of student government during the past two semesters.

Vice President for Student and Academic Affairs Trey Orndorff committed plagiarism in October by submitting a letter to the editor of The Northerner that he did not write, but the administration took no action.

Pace said that because Orndorff’s actions were “outside the scope of SGA duties, several people didn’t think [punishment] applied.”

The Judicial Council recently removed Vice President for Public Relations Andy Hixson from office following his impeachment by the Senate and the now-defunct Ethics Committee.

Pace and every member of his administration except Fegan were directly involved in the impeachment and removal proceedings against Hixson.

Vice President for Administrative Affairs and former Ethics Committee Chair Joe Myers led the prosecution. Pace and Orndorff testified at the trial, and Pace led the prosecution during a hearing to determine Hixson’s eligibility to run in the SGA presidential election.

Every member of the Executive Board except Pace and Hixson also signed the petition calling for Hixson’s impeachment. Several senators have said that Myers, Orndorff and Pace approached them directly and asked them to sign the petition.

Pace said he recalls approaching only one senator personally.

Hixson has accused the Pace administration of being “out to get him,” but Pace said he feels the proceedings were “much more about his work ethic.”

“People on the executive board care about whether folks get the job done,” he said.

This semester, the administration has suffered criticism of its motives behind a new constitution. Critics have accused its new constitution of giving SGA too much financial and administrative power over other student organizations. The constitution was ratified by the students during last week’s election and will now be subject to final ratification by the Board of Regents.

Pace said he feels “confident” that the Board of Regents will ratify it because it was passed with what he calls “an overwhelming vote” in the Senate.

In addition, the Ethics Committee, formed by Pace in February, was recently dissolved by the Judicial Council.

His administration has also misplaced over $1,000 from its budget, The Northerner reported April 14. The matter is still under investigation.

Pace is no stranger to administrative controversy. During his time as SGA President at Eastern Kentucky University, his administration was involved in activities that were called into question by students and administrators.

When campaigning for the SGA presidency at Eastern Kentucky University in 1999, Pace was found to have violated election guidelines by wearing a campaign T-shirt in an area in which campaign materials were restricted.

Pace was elected, and his scholarship was revoked in the fall 1999 semester for the violation, but returned later that semester, according to an article published in The Eastern Progress in March 2001.

Pace said he was helping a handicapped friend reach the polls to vote in the election.

The Eastern Progress reported in 2001 that, “Pace was a major factor in SGA’s decision to vote out long-time adviser Tom Myers,” and said he feels the turmoil during his presidency at EKU “allowed SGA to have a bigger voice.”

Pace announced in April 2000 that EKU was investigating the SGA office for allegedly violating office hours. There was no investigation on the part of EKU, and Pace later rescinded his comment and announced that he was personally conducting the investigation, according to articles published by The Eastern Progress in April 2000.

Pace said the situation involved a question over whether SGA office manager Mary McGregor had been performing her office duties. He said he had been “informed of the falsification of time cards.”

In addition, Pace failed to maintain his full-time status in the spring of 2000 and was forced to repay a $1,800 scholarship given to the SGA president. EKU officials decided that he did not meet the requirements to be president or student regent, and Pace repaid the scholarship.