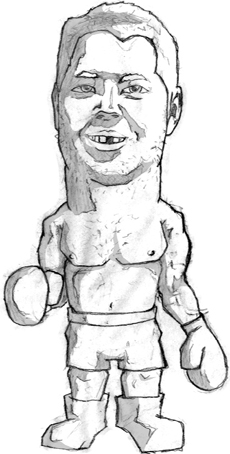 Dirty politics: We all know the drill. You chip away at your opponent’s credibility. You publicly bash your opponent. You get your supporters to do the rest of the dirty work, such as questioning your opponent’s ethics and reputation. We’ve all seen the political games before, just not at NKU: until this year’s SGA presidential and vice-presidential race.

This year’s election is unprecedented in many ways: the use of online voting and party tickets, a ticket with one member removed from office, and also in the abundance of mudslinging and dirty tricks.

The outcome of the vote also holds more weight: the winner will have the responsibility to lobby for NKU funding in a state economic climate that is decidedly chilly toward postsecondary education funding.

This, perhaps, could account for the dirty turn the race has taken.

But a more likely explanation is that partisan politics have played an increasingly influential role in SGA over the past several semesters, and, from the tone of this race, are here to stay.

A month ago, there was every indication this race would be friendly: The presidential candidates had been friends for years prior to competing for the presidency. Then came the attempts to undermine the credibility of each ticket. Now, it’s safe to say the friendship between Andy Hixson and Eric Fegan has eroded as quickly as the respect students might have had for student government.

This race has become intensely political. The candidates have publicly insulted each other in the media and during SGA meetings.

Each candidate has been accused of illegal campaigning. SGA members have even accused the Dean of Students with election tampering.

Hixson’s name has been taken off the ballot so many times that we’ve lost count.

Candidates’ constituents have also tried to undermine each of the candidates by posting illegal flyers on campus. They have also submitted letters to the editor of The Northerner that mostly attack the candidates, and hardly give solid support to the candidate of their choice.

Members of the SGA administration have even taken sides by working to discredit candidates and their running mates.

The public debate on the merits of Hixson and Fegan has turned into a private political debacle, with SGA members and students bitterly divided on which candidate would be a better president.

Is the type of student leadership we truly need for the university, especially during a time of such aggressive growth and uncertain funding?

Do we need a leader who will be consumed by partisan politics and mudslinging, or do we need someone who will place his own interests aside in order to focus on the needs of the students?

And will either of the candidates be capable of empowering students after this race is finished?

Students will be more likely to remember the way that the election was conducted rather than its outcome.

This isn’t Capitol Hill, guys. Student government at NKU is about getting things done and fostering student empowerment. It’s not about furthering your own political agenda at the expense of your opponents’s reputation.