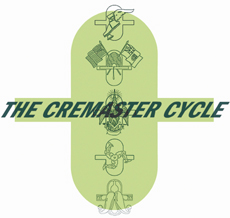 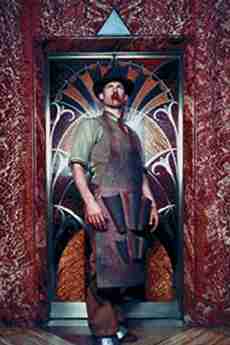 It is almost impossible to go the movies and not be inundated by certain Hollywood traditions.

Studios will often invest in big-budget explosions, rely on linear storytelling, and slather the screen with beautiful celebrities to perpetuate the widespread appeal of the popular, and profitable, contemporary movie culture.

Despite the growing popularity of so-called independent cinema, somewhere along the way the concept of art in cinema has disappeared.

But there are some filmmakers that exist and operate outside of Hollywood boundaries, and there are a growing number of supporters who appreciate the artistic nature of cinema.

The city of Cincinnati was able to play host to a series of films that test the limits of art, cinema, and story.

“We’re not the first in the Midwest to show the

‘Cremaster’ films,” said Steve Ramos, film editor of City Beat, “but we are the first Midwest city to show the entire 8-hour cycle in a marathon format.”

The full marathon last ran at the prestigious Guggenheim Museum in New York.

“We didn’t reinvent the wheel,” said Ramos. “Films like this have been around for awhile and we’re trying to expose audiences to new film experiences.”

“The Cremaster Cycle” consists of five films produced over a period of 10 years. The films range in length from 45 minutes to the 3-hour epic finale.

The Cincinnati Film Society screened the films in the order Barney produced them.

And these aren’t the type of movies that viewers will be able to find at the neighborhood multiplex.

The films are dense and layered with surrealist imagery. Most are filled with images that can frighten, confuse, and even humor an audience all in one single frame.

Broad, sweeping shots of famous landmarks (the Chrysler Building in New York and Ireland’s breathtaking Giant’s Causeway for example) are juxtaposed with the surreal images of corpses and mythical beasts. The imagery alludes to themes of gender roles, sexuality, and reproduction.

In fact, the title refers to the muscle that raises and lowers the testes and has been shown to play an integral role in the formation of the sex of a fetus.

The cycle begins with “Cremaster 4” (1994) and the depiction of the mythical creature The Loughton Candidate, played by Barney and based on one of his sculptures.

As the Candidate is preparing for a journey, he slowly begins tap dancing a hole in the white marble floor of his room at the end of long pier.

The Candidate’s scenes are mixed with a fast-paced race and sweeping shots of the dramatic Irish landscape.

Barney sets the stage for the format of the cycle by introducing central themes of his work in this chapter.

Next in the cycle is “Cremaster 1” (1995). A choreographed team of dancers form numerous shapes on the bright blue Astroturf of a football field in Barney’s hometown of Boise, Idaho. All the while two Goodyear blimps float overhead.

In each of the blimps, there are four hostesses and a table with Barney’s Vaseline sculp

tures surrounded by ripe grapes. Underneath both tables, the character of Goodyear struggles to break through her cloth-covered cell and reach for some of the grapes.

As the grapes spill down they begin to form shapes and the choreography on the field mimics Goodyear’s grape patterns.

The cycle continues with “Cremaster 5” (1997), which is a surreal operetta set in Budapest. More so than the previous films, “Cremaster 5” is rich with mythological imagery of queens, magicians, and sprites.

Much of this film references the escapologist Harry Houdini, who was born in the city of Budapest.

The character of Magician is bound and then takes a tremendous leap into the Danube seeking a divine transcendence. As Magician slowly sinks to the bottom, Queen of Chain performs a dramatic aria before succumbing to death herself.

“Cremaster 2” (1999) is based on the execution of Gary Gilmore, who was convicted of murdering a gas station attendent in Utah.

The trial is staged in the Mormon Tabernacle and features allusions to numerous themes prevelant in the gothic “spaghetti” westerns produced in Italy during the late 1960s.

There are even references to Johnny Cash, who was rumored to have called Gilmore on the eve of his execution. The execution is portrayed as a bizarre rendition of the Texas two-step and a prison rodeo.

The final and most dramatic chapter of Barney’s cinematic vision is “Cremaster 3” (2002). This film is also the longest – whereas the previous four films averaged 50 minutes each, “Cremaster 3” clocks in at slightly over three hours.

Barney uses the final chapter to connect the entire cycle. Most of the film is set in New York’s famed Chrysler Building and the Isle of Man.

Graphic disembowelments and murder provide an unsettling and highly existentialist conclusion where both Barney’s character of the Entered Apprentice and Richard Serra’s Architect are ceremoniously destroyed by the building itself.

This chapter draws heavily on Masonic rights and rituala. Therefore, the architecture of the Chrysler Building also plays an integral role in these themes of “Cremaster 3.”

The entire marathon dipped into the wee hours of the morning after the 6 p.m. start time.

“We try to give the audience plenty of breaks to get some fresh air or dinner,” said Ramos.

“Still only about 80 of the 150 or so people made it through the whole thing.”