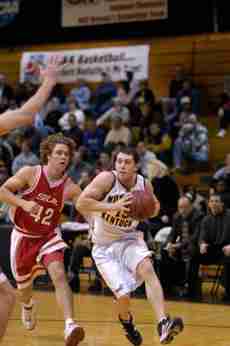 Logan tallied 21 of his 23 points in the first half Saturday, as Indianapolis built a 42-35 lead. The Greyhounds never trailed in the second half and led by as many as 16 points.

Wright, a senior center playing in his final home game for Indianapolis, scored 16 of his 22 points in the second half. He was unstoppable inside, grabbing a team-leading nine rebounds, with five offensive boards.

The Norse play at Bellarmine University at 8 p.m. Thursday night. NKU closes out the regular season next Saturday at Kentucky Wesleyan College.

NKU is in seventh place in the GLVC standings entering the final weekend of play. The Norse have clinched a spot in the upcoming GLVC Tournament, which will be played March 5-7 at Roberts Stadium in Evansville, Ind.