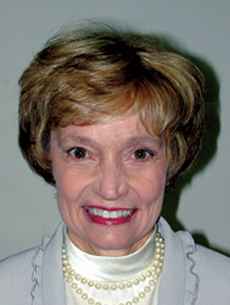 Gail Wells, dean of the College of Arts and Sciences, will replace Dr. Jerry Warner as the vice president for academic affairs and provost Feb. 1.

“We have moved the College of Arts and Sciences forward in addressing the full breadth of the mission of the university,” Wells said.

“I welcome the opportunity to serve as the vice president for academic affairs and provost as we continue to move forward.”

President James Votruba said he recommended Wells for the position because of her outstanding leadership as dean.

Wells has also held several prominent positions at Northern Kentucky University since 1976 when she began teaching.

“Over the years, I have become incredibly ambitious for NKU and firmly believe in its potential to deeply impact the quality of life for our students, their families, our community, and future generations,” she said.

Wells said she is proud of her many accomplishments at NKU.

As dean of the College of Arts and Sciences, Wells implemented the Center for Integrative Natural Science and Mathematics (CINSAM).

She also acquired donations for the fine arts. She even planned a College of Arts and Sciences Celebration of Student Research and Creativity.

Since she put CINSAM into action, the center has helped procure “over $6 million in private funding for scientific equipment and outreach,” she said.

“The fine arts play an important role in the education of students and the cultural life of the community,” Wells said.