The skinny on the Atkins Diet 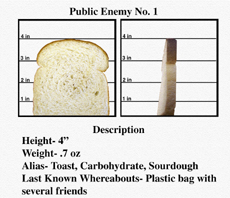 Thanksgiving has passed and Christmas is close on its heels.

It is at this time in the holidays that many Americans worry about how much weight they are gaining and begin to think of ways to keep the weight off.

The weight loss plans for shedding those excess holiday pounds are as varied as the people who try them.

The plans range from cutting calories to ready-make shakes to one of the most popular diet plans in America today, the Atkins Diet..

The Adkins Diet is heavily marketed as a quick way to lose weight by eating a low amount of carbohydrates and more protein.

“Any time you become aware of the types of food you’re eating and the quantity you’re taking in, (it) is an effective for weight loss,” Sue Roth, Northern Kentucky University’s wellness coordinator, said.

Roth said that the Atkins Diet does make people aware of the food they are eating; however, the short-term goals do not help with the long-term effects.

“I do not believe the Atkins Diet is a helpful diet,” Roth said.

Although the diet program is popular today, there is still a lot of information people may not know about Atkins.

The diet started 30 years ago by Dr. Robert Atkins, who believed his weight loss plan would promote weight loss and disease prevention, according to the November 2002 University of California, Berkley, newsletter.

The National Academy of Sciences’ Institute recommends that the average adult should consume 130 grams a day.

However, the Atkins Diet recommends that during the first two weeks of the diet, a person can eat unlimited fat and protein including beef, bacon and cheese.

The individual on the diet is advised to restrict the amount of carbohydrates taken in each day to 20 grams.

The consumption of fruit, bread, rice and other grain products is prohibited with this diet.

After the two-week period the second phase begins, in which the dieter may add 5 grams of carbohydrates until the weight loss ends.

Once it ends, the web site said people should decrease intake by 5 grams each week, so that they can maintain the gradual weight loss progress.

After 30 years why is the Atkins Diet now so popular?

“The media is picking up on it now, because people are starting to buy low carb beer and pasta,” said Roth, , who believes that marketing is now playing on people’s insecurity to sell the Atkins Diet, she said.

“Marketing is such a competitive field, and they are playing with peoples’ ideas of how to market their product,” Roth said.

Roth also believes that another reason Atkins has caught on is because people are talking about the benefits of quick weight loss.

“It’s all (anecdotal), people are telling friends, colleagues and acquaintances,” she said.

While the Atkins Diet may seem like a fast, easy weight-loss plan, there are many things a person should be aware of, Roth said.

“Atkins can work for a short time,” Roth said.

“However, the weight you lose is oftentimes more water weight. Your body loses it very quickly. The body starts to lower metabolism and makes it more difficult to continue weight loss over time,” she said.

The Berkley Wellness letter also said that, if any normal healthy person decides to go on the Atkins Diet for a few weeks or months, it might be safe as long as there are proper supplements.

However, the longer you remain on the diet the greater the risks.

The risks include heart disease, high blood pressure, stroke, diabetes and various cancers if you consume such a rich intake of animal fat and low in plants.

Another study, which appeared in the 2001 Tufts University Health and Nutrition letter, also showed a risk of dieters developing kidney stones.

The Tufts University study consisted of 10 people who wanted to lose weight.

The volunteers were put on the Atkins Diet and on an initial two-week plan to determine the effects of the program.

Researchers wanted to find out if developing kidney stones were developed by low carbohydrate/high protein diets.

They found that the volunteers’ urine showed a “striking increase” in the amount of acid their kidneys had to handle.

On campus, Roth listens to students, faculty and staff talk about starting the Atkins diet all the time but still warns people to be cautious about trying the program..

“I’ve read the experts, (and) I haven’t found anyone who said it was a good plan,” she said.

For more information on the Atkins Diet or other diets visit www.askalice.columbia.edu.

The negatives * In the long run there was no significant difference between the Atkins diet and a low-calorie diet.

* People on the Atkins dropped off the diet the same as those on a low-calorie diet.

* There’s concern in the medical community about the long term effect on the heart.

* The foods restricted on this diet, such as fruits, vegetables, and whole grains have vitamins that help in reducing the risk of diabetes, heart disease, some cancers and other conditions.