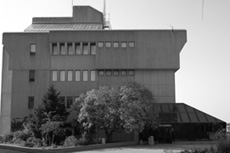 Classroom and office space is limited at Northern Kentucky University, due in part to a slow campus construction rate that has failed to keep up with an increased rate of enrollment.

The university would like to renovate the Old Science Building in order to provide additional space, but the project is stagnant due to limited state funding.

The 2000 Kentucky General Assembly provided $1 million for the renovation of the building, but the university still needs $17.7 million for construction, according to Director of Campus Planning Mary Paula Schuh.

“We are hopeful that when the legislature meets in January, they will provide construction funding for the project,” she said. “If they do, the plan is that construction will start in January of 2005.”

She said the project is scheduled to take approximately 18 months to finish, and the building would be available for occupancy at the beginning of the Fall 2006 semester.

The goal of the project is to convert the building into a more interactive environment for students, according to the university’s Capital Plan. Skylights and a light well will be installed to make the building brighter and more inviting.

The Old Science Building holds faculty and staff offices and 23 classrooms, which house 273 classes each semester. The classrooms will be vacated when the renovation begins and Schuh said it has not yet been determined where the classes will be relocated.

The renovated building will hold CINSAM (Center for Integrative Natural Science and Mathematics) and the Dean of Arts and Sciences, as well as the Geography, Literature and Language, Psychology and Political Science departments.

Dr. Michael Thomson, chair of the political science department, looks forward to moving into the building upon its renovation.

“We’ve looked at the science renovation space as an opportunity to build administrative and advising environments that can consume the mission of the department,” he said. “There are times when we have to sacrifice our mission because we just do not have the space.”

The political science department is currently located on the second floor of Landrum Academic Center and has only two classrooms to call its own. The department depends upon the university to allocate the remainder of its classroom space.

“Student-faculty interaction has suffered for lack of space to be able to get things done,” Thomson said. “This new space will give us the opportunity to improve that.”

Dr. Danny Miller, chair of the literature and language department, said the new building would provide room for a much-needed expansion of his department, as well.

“The literature and language department is absolutely running out of space,” he said.

The department’s offices are divided between the fifth floor of Landrum and the Old Science Building. Once the renovation is completed, the department will be able to accommodate all of its full-time faculty members in the same building.

A language lab, language classroom and writing classroom will also be available for the department in the new building.

Dr. George Goedel, departmental chair, compared its situation to trying to raise a baby in a playpen.

“You cannot do it,” he said. “We’ve outgrown our playpen and we’re still living in it.”

The renovation of the Old Science Building will provide the department with laboratory space for behavioral research with animals, neuroscience, and perception and cognition research.

Goedel hopes to launch a graduate program but cannot accommodate the extra students the plan would bring unless the department moves into new space in the renovated building.

“We can’t express the vision we have without the space,” he said.