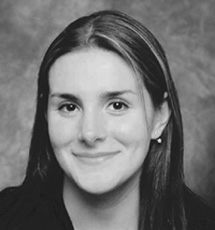 With school a few months old, the volleyball season is well underway. One key component of the Norse volleyball team is Kaliana Kalache. Kalache has traveled a long way from home for the opportunity to play and go to school in America.

She was born and spent most of her life in Brazil. Kalache lives in a city called Campo Largo, located just south of the capital.

In fact the only Americans Kalache had ever seen before coming here, were recruiters looking for players to be on their team.

Kalache has been playing volleyball for eight years now. She said that the game is much faster, and the rules are different compared to American volleyball.

This is just one of the differences between Brazilian and American life.

Although Kalache prefers staying in her hometown, she wouldn’t have gotten the opportunity to play volleyball if she had not come to America.

In Brazil college life is a little different then what we know. Students must either go to college for academics and study, or to play a sport.

Kalache is fluent in English, French, Spanish and her native Portuguese.

However, if she needs it, she always finds assistance from teammates and friends.

Kalache has two younger brothers, one 17, and the other four, and still finds ways to keep in close contact with her family.

“My mom calls me every night just to talk,” said Kalache, “because, when you live so far away from home, it is good to hear from your family a lot, and not to worry. I have a calling card so I don’t have a huge phone bill.”

With many recruiters knocking on her door, Kalache had various opportunities to play in America. One school interested in her was the University of Oklahoma, which is a Division I school located in Norman, Okla., but feeling NKU was a better fit, she accepted the scholarship offered to her.

Kalache said she has adjusted well to the American style of life except for one thing, the weather. With mild winters in Brazil, the cold weather sometimes gets to her.

“The winter is too cold for me here,” Kalache said.