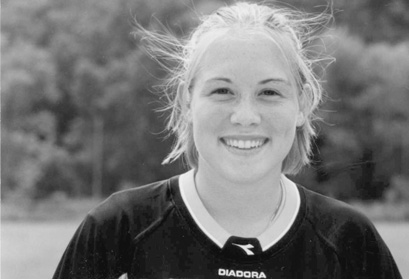 Ellias Hajjar: Is this the year you all will bring the national championship to NKU?

Bobbi Meister: The women’s soccer team has been to the final four several times. We know what to expect and we are expecting to succeed.

EH: I noticed you changed your jersey number from 20 to 10. Why?

BM: I have been the number 10 all my life in soccer. As a freshmen another girl had it so I had to wait until she graduated to get my favorite number back.

EH: If you could be any athlete in the world who would it be and why?

BM: I would be Mia Hamm just because millions of young soccer players look up to her and she is really successful in this sport.

EH: Did you see the movie Bend it like Beckham? I think the girl was overrated.

BM: I haven’t seen that movie yet, so I wouldn’t know.

EH: If you win the national championship, would you cry like tennis star Andy Roddick did after he won the US Open?

BM: It’s hard to tell someone how you would feel. I most likely would cry because we have worked so hard and dedicated so much to this program and we would’ve reached a goal we set at the start of the season.