A look back at Final Fantasy VII 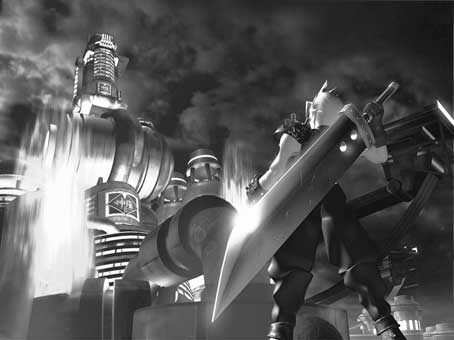 For fans of role playing video games one title stands out as the innovator to the modern day RPG’s. That game is Final Fantasy VII, and it did revolutionize the way we play RPG’s.

FF7 was Squaresoft’s first foray into the world of the PS One. The game set the bar for graphics, game play and story.

The graphics, at the time, were the best looking around. As everyone knows, or should know, the graphics are sub par to today’s standards. But back in 1997 they were extremely well done.

The graphical element that makes FF7 one of the most beautiful of all time are the FMV (full motion video) cut scenes. You can feel the emotion and the impact of what is going on in the game. Especially in the saddest and most dramatic scene, the death of Aeris, a character so loved that gamers have been trying to find ways to bring her back to life in the game.

The game play of FF7 was also revolutionary. The introduction of the ATB (active time battle) system made battles a little easier to control. Instead of a random order of attack, as in some RPG’s before, there was a set order of attack, giving the player a better chance in some of the boss battles. In the previous fantasies these were the most frustrating battles that you would have to face.

Now on the part of the game that makes a good game great, the story. No matter how great the graphics or the game play a game can still suck without a great story. In my opinion, a game can be drawn with stick figures and have a great story and I will still play it. Because, after all, the story is the most important element in a game.

The story of FF7 has the basic concept of almost every RPG, defeat the villain and save the world. Sure this is a fun concept, but there has to be more. And in FF7 there is more.

Then, as always, there is the ever present love story. But this one has a twist, it is a love triangle between Cloud, Aeris, the main female character, and Tiffa, Clouds childhood friend. Both ladies have feelings for Cloud and he has feelings for the both of them. When Aeris dies it becomes evident that cloud has more feelings for Aeris because of the way he reacts after her death.

Final Fantasy VII set a pretty high standard for the RPG’s we play today but, as with all good things, they are surpassed by the next generation. FF7 will always stand the test of time and be one to the all time great video games of any platform.