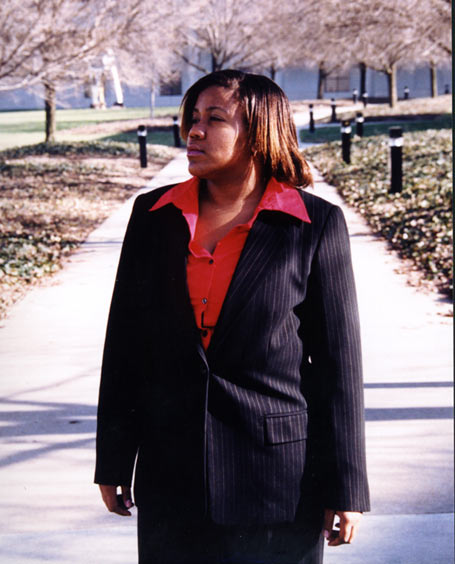 The National Association for the Advancement of Colored People (NAACP) will soon have a nationally recognized student chapter on campus this February headed by 19-year-old sophomore Lisa Turnbow.

Since the age of seven, Turnbow has been an active member of the NAACP’s youth division and has served on its youth council in Cincinnati.

Turnbow has her sites set on creating more unity in the university, one of her several personal goals.

“[Students today] are kind of broken off and split up into our own small groups,” she said. “We don’t have to be lovy duby. I love you, you love me, but just to be more of a unit on campus than what we are now.”

The organization, which actually started last semester, will serve several functions including a platform for students to express their grievances concerning racial, social and sexual injustice inflicted on them said Turnbow.

“We are set up to where we can help them to solve the problem,” she said. “We can go through a step by step process by communicating with our national headquarters to help them solve that problem.”

The group is also planning to invite students of all backgrounds to participate in open dialogues said First Vice-President Terence Gragston, a sophomore Journalism major.

One of the ways the group is starting to assist those in need is by co-sponsoring an event with Students Together Against Racism (S.T.A.R.), which will be held in February.

Turnbow said it’s “basically a grassroots leadership training on how to educate people living in minority areas on to how to bring their communities up from where they are now, a kind of self improvement,” she said.

The group is also supporting efforts to make the minor in African American studies a major. One of the ways they’re making it a reality is by encouraging students, especially African Americans, to become more involved in those particular classes, said Gragston.

“We need more student participation, period, in these African American classes because, honestly speaking, European history is not the only interesting history that has to be learned,” he said.

The leaders said they haven’t noticed any major racial issues between groups of students on campus.

“I have not witnessed any racism at all,” said Second Vice-president Crystal Summers, a junior majoring in organizational systems technology.

However, they have noticed problems within groups, mainly among the African American population.

He went on to say many internal disputes, such as the fighting in the residential village last semester, stem from excessive gossiping and that students should learn to be more concerned with their more significant personal affairs.

Turnbow also said she hopes to change the public’s perception surrounding the NAACP as being a “black” organization.

“We want to be a diverse organization and we’re not just gearing towards African American students, but to all students who want to see the quality of life improved here for them,” she said.