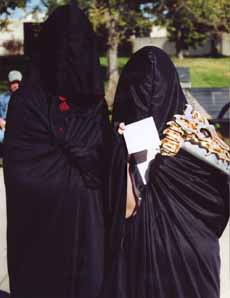 The National Institute on Alcohol Abuse and Alcoholism says that “each year 1400 college students die from alcohol-related accidents, half a million are injured and more than 70,000 are victims of alcohol-related rape or sexual assault.”

The report shows that the causes of death include “car crashes, falls from balconies and students choking on their own vomit, as well as other misfortunes.”

According to Karen L. Bolte, personal counselor and prevention coordinator at Northern Kentucky University, ‘binge drinking’ is a common tool college students use to socialize.

“The definition of ‘binge drinking’ is four or more drinks in one hour by a male.”

According to Bolte, the definition of ‘binge drinking’ for a female is five or more drinks in an hour. “The reason for the difference is that women and men are biologically different,” Bolte said. “Women have more fat cells in their bodies so when they drink the same amount of alcohol as a male they typically become drunker quicker.”

The study also found that “when alcohol-related accidents occur, hazing – essentially been pressured to engaged in some sort of initiation rite – often turns out to be a contributing factor.”

Binge drinking is alcohol abuse that can lead to a tolerance and withdrawal cycle. ” Basically, when you can drink a lot and not be drunk, that’s tolerance,” Bolte said.

According to Bolte, with tolerance comes a withdrawal syndrome of nausea and vomiting because alcohol is actually a poison and if the body doesn’t adjust to poison it purges it.

“When a person becomes addicted, the cycle becomes more and more pronounced. The person begins drinking earlier in the morning,” Bolte said.

According to Bolte, they’re keeping alcohol in their system in order to function.

“That’s what addiction is and the only way to get away from addiction is to go through an alcohol and addiction treatment program,” Bolte said.

Bolte said there are two types of drinking.

Alcohol addiction is categorized in the medical community as a disease. People lose control due to biological factors.

“The other area of alcoholism is what people do for fun,” Bolte said.

According to Bolte, the typical belief of 18 year-olds is that drinking is fun and has no consequences.

A study by the American Medical Association has found that “tour companies are marketing Spring break vacations to college students that emphasize the possibility of drinking as much as you want.”

The study also says that travel agencies advertise, “wristbands and other promotions [that] glamorize alcohol and place students’ lives in jeopardy.”

Glen Keiser, a principle officer at the U.S. Consulate in Cancun says, “It’s really a nonstop merry go round of calls, visits to jails, and visits to hospitals.”

“What we’ve seen here is really an invitation to excess,” he said.

In Cancun and other Spring break destinations, there is an unusually high number of alcohol-related deaths and injuries,” said Keiser.

“College students are duped into believing that drinking is part of life and there’s nothing to worry about because of advertising by companies that market alcoholic beverages,” Bolte said.

“Students just think its part of college and they automatically have these thoughts in their heads about drinking when they enter college. But, in actuality, it can be dangerous and have devastating consequences,” she said.

The 1999 Harvard School of Public Health survey also suggests “a link between heavy drinking and brain damage among teens and young adults.”

The link between heavy drinking and brain damage was confirmed by a report published in the April issue of Alcoholism: Clinical and Experimental Research. The study, conducted by Fulton Crews, director of the Center for Alcohol Studies at the University of North Carolina found that damage to the brain “appeared to be predominantly occurring in [his] binge drinking model during the intoxication.”

The report specifies, “brain damage can occur after only a few days of [binge] drinking.”

According to Bolte, if a person weighs 170 pounds and within one hour consumes five drinks it puts the person at .14, well above the legal limit. “If a female had five drinks in an hour it would be at .16. At .14, lack of coordination and balance occur,” Bolte said. “At this point the person is now legally drunk. At this level the person can have black outs and memory loss.”

“When a person consumes that much alcohol, deaths have occurred on campuses across the country,” Bolte said.

“Death happens when the brain is numb and cannot send messages to the person’s chest to breathe and the lungs do not accept air. The person ends up dying of asphyxiation.”

According to Bolte, universities now have to have alcohol policies in place so they’re available for student’s protection.

“Faculty and staff must also be aware what their universities’ alcohol policies are as well,” she said.