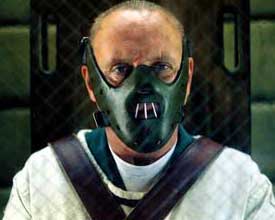 ‘Red Dragon’ has opened and many people from around the area are flocking to local theaters in order to catch the latest, and possibly most exciting, chapter of the Hannibal Lecter series.

The movie begins with Hannibal (Anthony Hopkins) at a symphony and then hosting a party at his home. After the party Will Graham (Edward Norton) comes to visit Hannibal only to confirm that he was the killer that the FBI has been looking for. Hannibal returns to the room and begins a stabbing match with Graham. Hannibal is sentenced to nine consecutive life sentences and Graham decides to retire from the FBI.

All this action happens before the opening credits run.

After the credits roll, a different plot is drawn out in which the FBI comes to Graham’s home and persuades him to come out of retirement to help catch the ‘Tooth Fairy.’ You are going to have to see Red Dragon in order find out who plays the “Tooth Fairy” so that you don’t know the outcome before you see the movie.

The ‘Tooth Fairy’ is a serial killer who chooses families and murders all of them, cuts out their eyes and places pieces of broken mirrors in place of their eyes. Graham dips into his past and seeks help from Hannibal while he is in prison to help crack the case.

Graham tries to solve the case without being noticed, however an annoying tabloid reporter (Phillip Seymour Hoffman) is sent out to take pictures of him trying to solve the case. This brings worries that the ‘Tooth Fairy’ will try to set out for Graham’s family next.

Sorry, but if you would like to find out the outcome of the movie you may just have to fork out a few bucks in order to see the movie for yourself. After seeing Red Dragon, the prequel to Silence of the Lambs, it will leave you in awe and wanting to rush home to see the rest of the movies in the series.