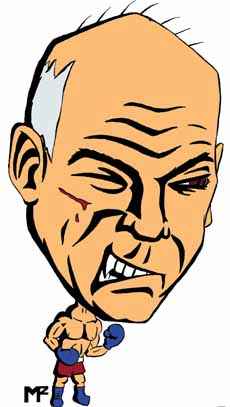 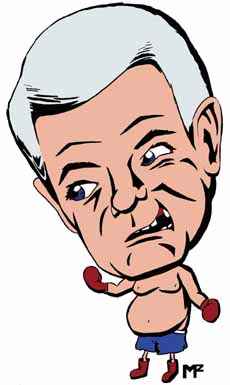 Newt Gingrich, a Republican who served as Speaker of the House from 1995-1999, and James Carville, a Democrat best known for his role in Bill Clinton’s campaign for the presidency, will visit Northern Kentucky University as featured speakers for the Alumni Association’s third annual Lecture Series.

The topic of this year’s lecture is “Governing in America: A New Reality.”

Steve Olding, NKU Alumni Lecture Series Chair, said the purpose of the event is to bring together two nationally-known speakers whose ideologies are somewhat opposed.

The lecture will start with the speakers addressing a subject of their choice. Olding said possible topics could include, but are not limited to, the war on terrorism, the looming war with Iraq and political and economic challenges posed by Sept. 11.

The emcee for the event, Nick Clooney, who has emceed previous installments in the lecture series, will then pose a series of questions to the speakers.

Once both speakers have a chance to reply, the forum will be opened for the audience to ask questions.

While the audience is asked to keep their questions relevant, none of the questions are screened, which allows for a broad range of topics.

Even though the Alumni Association doesn’t promote the event as a debate, some debate could arise depending on the subjects discussed, Olding said.

Noah Meeks a pre-engineering and chemistry major, and President of the College Republicans at NKU, attended last years lecture, which featured Alan Keyes and Mario Cuomo.

He said the debate between the politicians over such issues as stem cell research and abortion was “excellent”.

He said he was interested in Gingrich’s predictions for the upcoming elections in November as well as what both speakers thought about issues concerning Iraq.

“I’m looking forward to hearing both of them speak,” said Amber Justice a political science major and Vice President for Community and Political Action for the Young Democrats at NKU.

“Hopefully this will get people interested [in politics],” she said.